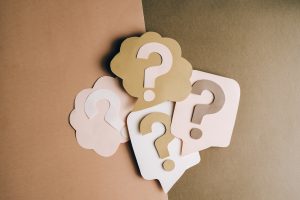 Of the many issues highlighted by the recent launch of pay-to-publish divisions by two major commercial publishers (Harlequin Enterprises’ DellArte Press–nee Harlequin Horizons–and Thomas Nelson’s West Bow Press), one of the most interesting, to me, is how blurred the distinction between self-publishing and vanity publishing has become.

Like many other changes in and around the publishing world, we owe it all digital technology. Pre-digital, self-publishing meant that you became your own publisher, undertaking or contracting out every aspect of the job yourself–from editing to design to printing/binding to warehousing to sales (famous example: What Color Is Your Parachute?). Vanity publishing meant that you paid a company to do it all for you (examples: Vantage Press, Dorrance Publishing). Although the end result was similar (since either way, you paid the full cost of production and had to store and sell the books yourself), self-publishing provided greater control over quality and cost.

In the late 1990’s, a different kind of vanity publisher began appearing: one that took advantage of the then-new print-on-demand technology. Because the books were produced on demand on glorified photocopiers, rather than in quantity on offset presses, these new digitally-based vanity publishers could charge much lower prices, as well as eliminate the problems of storage and unsold stock. There was even some degree of distribution, via Internet booksellers such as Amazon. Writers paid an initial setup fee, and the company recouped production costs at the point of sale, keeping the lion’s share of profits and paying the author a “royalty.” (Among the first digital vanities: AuthorHouse and iUniverse, both now owned by Author Solutions).

Looking for a way to set themselves apart from the expensive offset vanities of old, and also for a stigma-free term they could use in advertising, these new companies dubbed themselves “self-publishing services.” This has been the accepted term for fee-based digital publishing ever since–even as the costs have skyrocketed to old-fashioned offset vanity press levels, even as the old offset vanities have gone digital, even as major commercial publishers have begun experimenting with fee-based publishing, even as ambitious publishing service conglomerates like Author Solutions attempt to confuse the issue even further by re-christening themselves “independent publishers.”

This is the answer to one of the questions I’ve seen asked over the past couple of weeks: how Harlequin could have failed to understand that DellArte Press was not self-publishing, but vanity publishing. The kind of service offered by DellArte has been called “self-publishing” since the late 1990’s, with little criticism or protest. For many if not most people, AuthorHouse, iUniverse, and their kin have become the standard definition of self-publishing. (Example: when Lisa Genova’s iUniverse-published book, Still Alice, got picked up by a commercial publisher, the extensive news coverage described her as a “self-published author,” and no one disputed that designation.) For a sizeable group of writers, this method of publishing has even become an ideological position, with iUniverse, Lulu and others supposedly leveling the field by allowing writers to bypass slow, exclusionary, and behemothic “traditional” publishers, while avoiding the DIY hassle of true self-publishing.

There’s been a lot of effort, in the discussion over DellArte (and, to a much lesser extent, West Bow), to establish an unambiguous dividing line between “self-publishing” and “vanity publishing.” Is self-publishing keeping 100% of the profit from sales? Is it owning your ISBN number? If the company that produces your book takes a cut, or if you use its ISBN, are you by definition vanity published, even if you didn’t pay an upfront fee? Is any print-on-demand publishing service vanity publishing, or are there meaningful differences between them? There’s also been discussion of how the pejorative connotations of “vanity” distort the discourse. Some feel that the term should be retired–but coming up with a new term is difficult.

Moreover, beyond matters of terminology, or the ethical concerns that arise when commercial publishers attempt to monetize their slush piles by setting up their own pay-to-play publishing divisions, there’s a much more fundamental question: no matter who offers it or what it’s called, is paying to publish a good choice for authors? In some cases, the answer will be yes (in which case the writer must then decide which kind of fee-based publishing best suits his or her needs). In many others, it will be no.

In the end, what’s important is that writers know their goals, do their research, understand the challenges, ignore the hype, and do their best to make an informed decision. Wishful thinking, I know. Still, I live in hope.

Having said all of the above, I’m going to add to the confusion by offering my own set of definitions.

When the DellArte discussion began, I felt it was fair to make a distinction between vanity publishers (fee-based publishers that presented themselves as publishers, rather than as publishing services) and digital publishing services like AuthorHouse, which were perhaps not entirely forthright in their presentation of the issues surrounding fee-based publishing, but at least didn’t try to pretend to be something they weren’t. On reflection, however, I feel that in terms of hype, expense, and value, there’s not a hair’s worth of difference in most cases. There is, however, a subset of digital publishing services that do provide something different (IMO, anyway), as you’ll see below.

So here goes: My attempt to define the major points on the continuum of fee-based publishing.

Self-publishing. I described this above: you handle or contract out all aspects of production and marketing yourself, from editing, to design, to printing/binding, to warehousing, to selling. In true self-publishing, you own your ISBN number (it has also been pointed out to me that some self-publishers don’t use ISBNs), and keep all sales proceeds. You do not grant or encumber your publishing rights in any way.

Assisted self-publishing. Assisted self-publishing companies charge no setup or other fees (although most sell a variety of add-ons, some quite expensive), recoup production costs at the point of sale, and make their money by keeping a cut of profits (you can usually determine what the profit is by setting your own price). They’ll provide their own ISBN, or let you use or buy yours. To enable the company to produce your book, you may be required to grant nonexclusive publishing rights (terminable at will), and to indemnify it against legal action. Examples: Lulu, Cafe Press, Blurb, CreateSpace (although with CreateSpace and BookSurge merging, that may change).

Vanity publishing. Any kind of publishing or publishing service that requires you to pay an upfront or setup fee. This would include print-on-demand publishing services like the Author Solutions brands, former offset vanities like Dorrance Publishing that now use a digital model, and book manufacturers like Brown Books that offer a more elaborate (and more expensive) service, but also the option of short-run printing. Such companies handle the entire publishing process for you, and may or may not exercise some degree of selectivity. In return, you grant publishing rights (usually nonexclusive and terminable at will), accept the company’s ISBN and pricing structure, and are paid a pre-set “royalty.” While not attempting to conceal the fact that they charge fees, or pretending to match your resources with their own, these companies can be quite misleading in their presentation of the benefits of fee-based publishing.

Deceptive vanity publishing. Fee-based publishers that pretend to be something else–whether by failing to reveal their fees on their websites or in their promotional materials (SterlingHouse Publisher, Strategic Book Publishing), charging fees for something other than printing and binding (such as requiring or pressuring authors to buy their own books–American Book Publishing, Anomalous Press, VMI Publishers), claiming to match authors’ fees with their own money or resources (Commonwealth Publications, Northwest Publishing), or denying that they are vanity or subsidy publishers despite charging a fee (Tate Publishing).