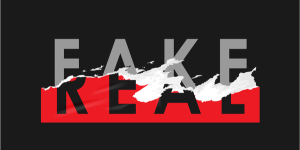 Here’s a story that, for sheer weight of irony, I wish like anything I’d been the one to break. But author and publisher Michael N. Marcus beat me to it, in a recent post on his Book Making blog.

Everyone loves an award, right? Awards acknowledge excellence and achievement, raise the profile of the awardee, and garner the respect of peers (that’s the theory, anyway). There are plenty of big prestigious awards whose names everyone recognizes, and lots of small, semi-prestigious awards that may be recognizable only within a particular niche or audience, and vast numbers of tiny, all-but-invisible awards that may make you feel good, but will provoke stares of incomprehension if you mention them to someone else.

There are also–you guessed it–vanity awards, where the goal isn’t to recognize excellence, but to entice entrants or winners to hand over cash to the awards sponsors.

For instance, the awards given by the Small Business Commerce Association, which honor “businesses that we believe have achieved exceptional success in their local community.” Sounds cool, right? Wrong. Like the infamous, and now-defunct, Poetry.com scheme, the aim of the SBCA awards is to identify thousands of “winners,” and persuade them to buy stuff: in this case, plaques and trophies. In its own form of award, the BBB gives the SBCA a C-, based on the questions it has received about the business, and the company’s failure to respond.

You’d think it would be transparently obvious that an awards program that makes you buy your own trophy is not legit. And many people are wise to this kind of ploy–if you Google the SBCA, you’ll find much angry, bemused, and amused discussion. But these schemes wouldn’t exist if they didn’t work at least some of the time. The same websearch turns up plenty of happy suckers.

Including, as it happens, Outskirts Press–a self-publishing service/vanity publisher whose put-your-book-cover-on-a-stamp “promotional” service I made fun of a few months back. A sharp-eyed Michael Marcus–who is familiar with the SBCA, having been solicited for one of its fake awards himself–recently spotted a December press release from press-release-happy Outskirts, touting its receipt of a 2009 Best of Business Award from the SBCA. I couldn’t put it better than Mr. Marcus does:

The number of news media that published the Outskirts press release is ONE.

Oops! I’m sorry, folks, but the number should probably be ZERO.

So, we have a vanity publisher, using its own vanity blog to publish a vanity press release bragging about a vanity trophy.

I couldn’t make this up.

Even funnier: It seems this isn’t the first time Outskirts has been hornswoggled by a fake award. Last August, another press release announced Outskirts’ receipt of the 2009 Best of Parker Award from the U.S. Commerce Association. The BBB has received questions about the U.S. Commerce Association similar to those they’ve been receiving about the SBCA, and it doesn’t seem unreasonable to assume that, like the endlessly proliferating Who’s Who schemes, these very similar “awards” are in fact run by the same people. Check out, for instance, the nearly identical descriptions of the awards programs on the two organizations’  websites. From the SBCA:

Each year, the SBCA identifies businesses that we believe have achieved exceptional success in their local community…Nominees are typically local businesses that enhance the positive image of small business through service to their customers and community.

And from the USCA:

Each year, the USCA identifies companies that they believe have achieved exceptional marketing success in their local community and business category. These are local companies that enhance the positive image of small business through service to their customers and community.

The USCA is currently being sued by a Las Vegas company for trademark infringement.

Fool me once, shame on you. Fool me twice…