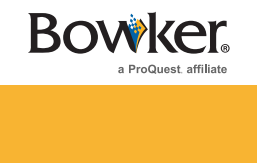 A few of life’s inevitabilities:

Writers’ quest to find a way around the submission process.

There’s nothing you can do about death. Taxes are pretty non-negotiable as well, unless you’re prepared to retreat into a fortified compound and teach your children to be sharpshooters. But finding a way around the submission process…just about everyone seems to think there’s an app for that.

In the olden days, before email, there were submission catalogs. You paid for a listing in a paper catalog, which was then supposedly circulated to agents and publishers–who, if they received it at all, promptly tossed it into the trash (this was before recycling, too).

Manuscript display websites, which allow writers to display their work for (theoretically at least) the attention of agents and editors, were born of the early days of the Internet and have been popping up ever since. Many display sites, such as HarperCollins’ Authonomy, are able to boast some successes, but agents and editors have never really warmed to them. As a route to representation or publication, they offer considerably worse odds than the conventional submission process.

Then there are the query blast services. Instead of the tedious process of researching and querying appropriate agents and editors, wouldn’t it be great to hire a service to mail out the queries for you? Problem is, there’s another word for these services: spam. (I’ve blogged before about query blasters, and why agents and editors hate them.) You’d be better off spending your money on a good book about publishing.

Yet another kind of submission work-around is the online submission service, which, for a fee, lets you submit electronically to a participating list of agents and/or publishers (as opposed to passively displaying your work, as with display sites). For instance, Agent Inbox, which enables writers to submit to member literary agents. Again, though, success stories are few and far between (plus, not all online submission services take care to recruit only reputable publishers and agents). At best, you stand no better chance of snagging an agent’s or editor’s attention than you do through ordinary querying–which also has the advantage of being free.

Bottom line: despite many attempts to invent a better submission process, no one has yet managed to displace the existing one. That doesn’t stop people from trying, though–or from re-purposing old ideas, even when those old ideas haven’t really worked.

Case in point: Bowker (yes, that Bowker) has just launched its own submission service, Bowker Manuscript Submissions (BMS for short). BMS allows authors to upload book proposals into a database, which publishers can search according to their needs and interests, and contact authors directly if they want to read more. Cost to authors: $99 for six months. Membership is free for trade publishers. POD services and vanity publishers must pay a subscription fee.

The answer is twofold. First, BMS isn’t a service for writers; it’s a service for publishers. The verbiage on BMS’s website makes this abundantly clear: “BowkerManuscriptSubmissions.com was initiated as a cooperative effort between Bowker and the Publishing community for Publishers looking for new authors and desiring an efficient way to discover and evaluate new manuscripts.” So why not include fee-based publishers? After all, they need manuscripts too.

Second, per Bowker’s official press release, BMS is modeling itself on an existing submission service: ChristianManuscriptSubmissions.com (formerly known as ECPA 1st Edition), a project of the Evangelical Christian Publishers Association. CMS  has long included a variety of fee-based publishers and publishing services, offering this not-entirely-convincing rationale for their presence:

“Parner publisher” is certainly a nicer name than “vanity publisher,” but it doesn’t change the fact that authors may have to pay thousands of dollars to publish. Both of the companies featured on CMS’s “partner publisher” testimonal page (Anomalos–which also does business as Challenger Publishing–and VMI) require authors to buy 1,000 copies of their own books.

Bowker’s press release describes CMS as “highly successful.” But how successful is it really? For publishers, it’s certainly  handy–not because they discover a lot of manuscripts there, but because CMS siphons off the ever-rising flood of aspiring writers who’d otherwise be bombarding them with unsolicited manuscripts. CMS shifts the slush pile to a location where publishers can either ignore it or pick through it, but don’t have to deal with it directly. You can see the appeal.

For authors, though…maybe not so much. Another testimonial page on CMS’s website lists 11 publishers that have acquired manuscripts from CMS, and author testimonials add four more–a total of 15, less than a quarter of CMS’s more than 70 member publishers. Moreover, three of the publishers mentioned in the testimonials are fee-based (VMI, ACW, and Xulon). According to an article by writer and former submission service-user Terri Pilcher, non-fee publishers bought just nine book proposals from CMS in 2007. (I’ve attempted to contact CMS myself to ask about sales stats, but have yet to receive a response.) CMS doesn’t say how many authors use its service, but I think it’s safe to assume that membership is in the hundreds, if not in the thousands. Those are pretty poor odds.

CMS’s popularity among authors is boosted not just by the fact that many Christian publishers don’t accept unagented material, but because so many Christian publishers steer writers in CMS’s direction. Thomas Nelson, for instance, after it finishes pitching its POD publishing service West Bow Press, advises writers that “If you are interested in pursuing a traditional publishing relationship, you may consider submission of your manuscript proposal to ChristianManuscriptSubmissions.com where royalty publishers will have the opportunity to review your work.” It is, in my opinion, highly irresponsible to suggest that writers pay a fee for a service that offers such minimal benefit, when they’d be much better off looking for a reputable agent.

Bowker is clearly hoping to benefit from the same kind of recommendations–its Platinum Membership requires publishers to “direct all unsolicited manuscripts to BMS from their website.”

The culture of Christian publishing is different from that of trade and academic publishing, where Bowker is directing its efforts, so whether BMS can duplicate CMS’s level of publisher participation remains to be seen. But even if it does, I think it’s highly unlikely that secular publishers (non-fee-charging ones, anyway) will be any more inclined to use a submission service as a genuine source of manuscripts than Christian publishers are.

Bottom line: save your cash.

One last note. BMS’s Author Services page provides a link to a list of literary agents. One might reasonably assume that the list has been carefully researched–because this is Bowker, right? The company that issues ISBNs? That publishes Books in Print? But before I’d gotten a quarter of the way down the list, I’d found eight agents Writer Beware has received multiple complaints about (mostly for fee-charging, but also for things like placing books with vanity publishers)–three of them on our Thumbs Down Agency List.

How to Write a Query Letter