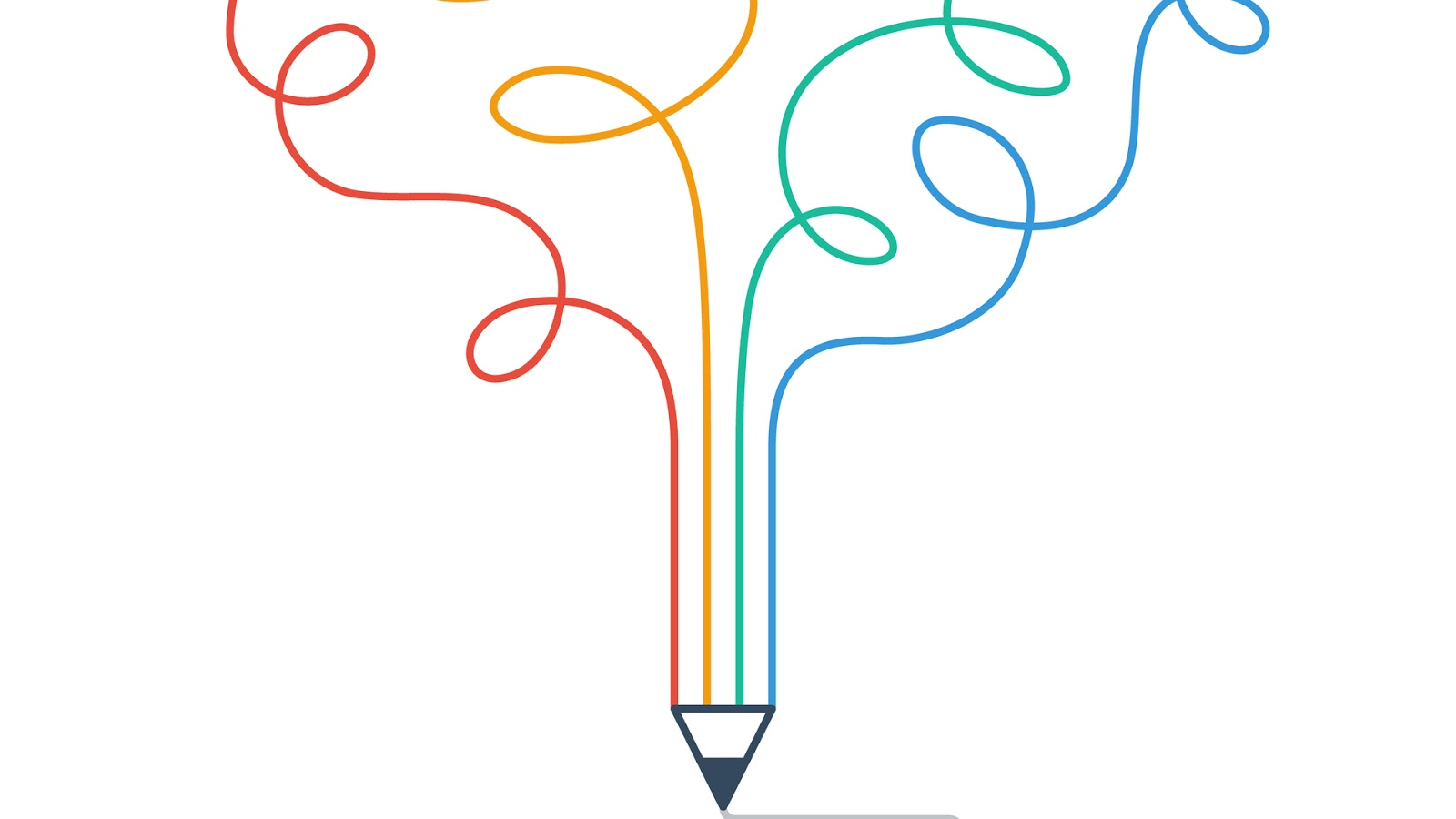 Since I so often get questions about the legitimacy of literary contests (see, for instance, my posts of December 16 and December 7), I thought it would be helpful to post some suggestions for evaluating any contests you may be thinking of entering.

Who’s conducting the contest? If it’s an organization, magazine, or publisher you don’t recognize, be sure to verify its legitimacy. If you can’t confirm this to your satisfaction–or if the contest doesn’t name its staff or sponsors–don’t enter.

You may have to do some digging–for instance, this contest, which on the surface looked like a collaboration between a writers’ magazine and a publisher, turned out on closer inspection to be one writer attempting to promote his self-publishing endeavor. Or this one, which appeared to have several sponsors but was actually all the same (less than reputable) company.

Be especially wary of contests that spam you, or are nothing but a webpage with an entry form, or are announced on Craigslist, or appear in the form of an ad in the back pages of writers’ magazines or an announcement in a national newspaper supplement (these are usually vanity anthology companies).

Is the contest free? If so, you probably have nothing to lose by entering–though be sure to read the fine print. If you’re a poet, be aware that a “free” contest is one of the major warning signs of a vanity anthology scheme.

Is there an entry fee? Contrary to popular belief, an entry fee does not indicate a questionable contest. Many legitimate contests charge a fee to cover processing expenses (which sometimes include an honorarium to readers) and to fund the prize.

However, entry fees should be appropriate. Excessive entry fees can be a sign of a profit-making scheme. For book manuscripts, stories, or poems, between $5 and $25 is typical. Larger contests may charge more–the IPPY Awards, for instance, charges $75–but anything over $40 should prompt you to do some careful checking, especially if you aren’t familiar with the contest organizer.

By entering, do you get the “opportunity” to spend more money? If you’re encouraged to buy additional services when you enter–critiques, marketability analyses, tickets for an awards banquet–it may be a sign that the contest is a moneymaking venture, rather than a real competition. Some contests are no more than fronts for selling services or merchandise. For instance, this one, which requires contestants to buy a coaching package. Or this one, which peddles paid critique services to entrants. Or this one, where winners must buy their own trophies.

How often does the organization conduct contests? Excessive frequency–running a contest every month (as this writers’ magazine does), or bunches of contests every quarter–can also be a sign of a moneymaking scheme.

How many categories are there? Reputable contests typically have a specific focus, and limit the number of categories under which you can submit. For instance, a contest may be for screenplays only or for book manuscripts only. A contest for fiction may have separate categories for books, poetry, and short fiction, or be broken down by genre.

The point is that a reputable contest shouldn’t feel like the kitchen sink. Be careful of contests that call for any and all talent, especially if everything is lumped together under a single prize (how can a novel manuscript compete with a short story or a screenplay?). Watch out for contests that have dozens of separate categories (like this one, which has well over 100). Again, the contest sponsor may be trying to make a profit from entry fees.

Are the contest guidelines clearly stated? A legitimate contest will provide clear rules, including information about contest categories, deadlines, eligibility, format, fees, prizes and the circumstances in which they will or will not be awarded, judging, and any rights you may be surrendering. If you can’t find these, don’t enter.

Who’ll be doing the judging? It’s in a contest’s interest to name its judges, since the caliber of the judges speaks directly to the contest’s prestige (or lack of it). This is important information for you as well, since a contest with a judging panel of successful writers and/or industry professionals is much more likely to be a good addition to your writing resume if you win.

Some contests prefer to protect judges’ privacy, so a contest that doesn’t name its judges isn’t necessarily illegitimate–as long as you’re confident of the reputability of the contest sponsor. If you aren’t, be wary. No-name judges may be under-qualified, or the contest’s own staff may be doing the judging–or, in the case of a contest that’s a moneymaking scheme, the judges may merely be a fiction.

For contests that are wholly or partly judged by crowdsourcing (for instance, reader votes may advance entrants through initial rounds, with only the finalists actually considered by judges), be aware that this is a capricious process that is vulnerable to cheating.

Are there fringe benefits? Critiques, general feedback on your entry, or meetings with industry professionals are often a worthwhile feature of the more high-profile contests. However, you should never be asked to pay extra for this perk. Also, be sure that the professionals really are professionals. A legitimate contest should clearly state their names and credentials.

What’s the prize? There are many possibilities–money, goods, services, even publication. Prizes should be clearly described in the contest guidelines (watch out for contests that allow the contest sponsors to substitute prizes–you may not get what you expect), and they should be appropriate to the contest sponsor. Unless you’re certain of the sponsor’s legitimacy, contests with very large prize amounts–$5,000 and up–should be treated with suspicion, since they may be moneymaking schemes. (Such contests, which tend to have higher-than-average entry fees, often have fine print that pro-rate the prize amount according to the number of entrants–i.e., as the number of entrants falls, so do the prize amounts, with the downsteps carefully calculated to preserve a profit for the contest sponsor.)

Contests that offer representation, publication, or production as prizes are very appealing. Winning can be a genuine springboard for a writer’s career–as with the Delacorte Press Contest for a First Young Adult Novel. Be sure, though, that it’s a prize you really want to win. Always research the agency, publisher, magazine, or production company to make sure it’s reputable, and don’t enter a contest whose rules make it impossible for you to refuse the prize if you win. If publication is involved, be sure that you know exactly where and how you’ll be published–magazine contest prizewinners are sometimes published in a separate booklet available only by special order. If you’re looking for exposure, that’s not the way to get it.

There should never be an extra cost associated with a prize. If there is, it’s almost certain the contest is a fake.

Have you read the fine print? Always read the contest rules and guidelines carefully before you submit, so you can be sure exactly what you’re getting into. Odd and unpleasant things are sometimes lurking deep in the fine print.

For instance, you may be asked to provide inappropriate personal information. Or just by entering, you may be granting rights to the contest organization, such as first publication or the right to sell your entry elsewhere. Winning may impose obligations–for instance, you may be required to use the contest sponsor as your agent, or agree to publication as a condition of winning (beware of offers you can’t refuse, especially if you can’t view the contract beforehand). A condition of winning may be giving up copyright, which means the organization holding the contest could use your entry for any purpose it wishes (even without your name). The sponsor may reserve the right to substitute prizes, or to reduce or eliminate prizes if certain conditions aren’t met. Watch out for language suggesting that the contest sponsor can use your entry for purposes other than publicity. And if you enter a contest online, be aware that you may be giving permission for your entry to be published at the company’s website, whether you win or not (a frequent complaint about the now-defunct vanity anthology company Poetry.com).

Is it worth it? I’ve left this till last, but in many ways it’s the most important question of all. Many writers see contests as a possible springboard to success–a way to bulk up their writing resumes, or get a toehold in the industry. However, for novelists, poets, and short fiction writers, few literary contests have that kind of cachet. A contest will impress an agent or editor only if s/he recognizes it, and a string of obscure contest wins will not strengthen your query letter. Screenwriters have more options–but even in the film world, reputable contests are greatly outnumbered by pointless, useless, or deceptive ones.

Remember also that submitting to a contest can take your work off the market for weeks or months, since many contests don’t allow simultaneous submissions. Also, depending on the contest, your chances of success may actually be a good deal slimmer than if you simply approached agents or publishers in the conventional way (assuming your manuscript is marketable). The mammoth Amazon Breakthrough Novel contest, for instance, which offers publication as the prize, allows up to 10,000 entrants, of whom only two can win.

Finally, even your best efforts at due diligence may not keep you out of trouble. The problems with the contests run by small publisher Zoo Press provide a cautionary example.

Bottom line: thoroughly research any contest you’re thinking of entering, always read the fine print–and consider whether your time and energy might not be better spent actually submitting for publication. That’s the real prize, after all.

One Way Not to Get Published

The Mail I Get