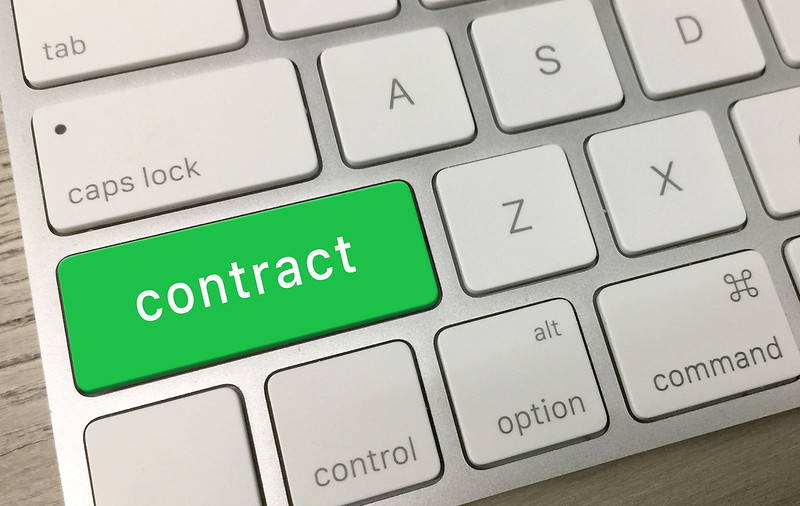 I’m down to the wire on book revisions (hope to have them done and dusted by Friday afternoon), so this week, I’m re-purposing (with some updating) a blog post from 2007 on the interminable agency clause in author-agent agreements. I’m not just doing this to spare myself a bit of time. I’m seeing such clauses in agents’ contracts more frequently these days, and they are definitely something for writers to watch out for.

An “interminable agency clause” (sometimes called an “interminable rights clause” or a “perpetual agency clause”) is language inserted into an author-agency agreement whereby the agency claims the right to remain the agent of record not just for the duration of any contracts it negotiates, but for the life of copyright. In other words, once your agent sells your book, the agency has the right to represent that book for as long as the book is in copyright (currently, in the USA, Australia, and most of Europe, your life plus 70 years)–even after the original publishing contract has expired, and even if your original agent leaves the agency.

Why is this a problem? Suppose you decide to move to a new agency, as often happens. If your old agency’s agreement includes an interminable agency clause, you may not be able to bring with you any of the books your old agency sold for you, even if the contracts covering those books have long expired and rights reverted to you. Those rights, which can sometimes be profitably re-sold (especially if you score a success with a new work) are one of the things that can make you attractive to a new agent. Beyond that, it may not be a good thing to leave your rights sitting with an agency with which you no longer see eye to eye.

Or suppose your old agency doesn’t have a problem with you taking your reverted books elsewhere, but because of an interminable agency clause, claims the right to collect commissions on any future sales of work it originally sold for you–even if it has nothing to do with those sales. Why should an agency be paid for a sale it didn’t make? Obviously an agency’s right to commissions should extend over the life of any contract it brokers, but once that contract terminates, so should its right to commissions, unless it makes a new sale.

Or suppose, as is increasingly popular these days, you wanted to bring your out-of-print, reverted backlist back into circulation via POD or electronic self-publishing. With an interminable agency clause, might your agency feel entitled to a share of your income? With some electronically self-published authors realizing substantial amounts of cash from their books, this is not an impossible scenario.

Many professional writers’ groups have warned against interminable agency clauses, including the Authors Guild, SFWA, RWA, SCBWI, and Novelists Inc. According to the Authors Guild, “the minimal prospective benefit the clause provides is far outweighed by the inconvenience it causes authors and their estates and by the responsibilities that accompany the clause.” In addition to the concerns identified above, the Authors Guild points out that your agency is unlikely to be around for the life of copyright, that changes in personnel and ownership may have an impact on skill and reputability, and that interminable representation can greatly complicate not just the task of literary executors, but also of the agency, which would need to track and enforce interminable rights.

The Authors Guild warning was issued in 2004. But the problem isn’t going away. I continue to see author-agency agreements with interminable agency language–it’s actually my impression that I’m seeing more of them of late. Clearly, authors need to be on their guard. Trouble is, the language can be subtle enough that it’s easy to overlook or misunderstand. Many of the authors who have sent me contracts were aware of the warnings against interminable agency language, but still failed to spot it.

Below are some examples of the different ways in which agencies frame interminable agency clauses, with the relevant phrases bolded. All are taken from actual agency contracts.

** “The Agency and its right to receive commissions hereunder shall be co-extensive with the life of the copyright of the Work and any renewals thereof.”

** “In the event that any Rights are sold, licensed, or otherwise disposed of by [agency], Licensor agrees that [agency] shall be irrevocably designated the agent for those Rights to the Work for perpetuity.”

** “The Agency is entitled to the above-mentioned percentages as specified…for the legal life of the Work on agreements pertaining to the Work.”

** “Author grants to agents/representatives and assigns the sole and exclusive right of selling in book form the above work in the United States of America and its Dependencies and anywhere in the world during the full terms of copyright and any renewals thereof.”

** “It is understood that if rights to the Work have been sold during the term of this Agreement, Agent’s interest in the Work is irrevocable…In recognition thereof, and in such case, Author hereby acknowledges and agrees that, regardless of when made or by whom, any and all contracts or agreements…regarding the Work are covered by the terms of this agreement; [and] agrees to arrange for all such contracts and agreements, regardless of when made or by whom, to name Agent as Author’s agent of record.”

What should you do if you encounter this kind of language? Call it to the agent’s attention, and attempt to negotiate. I’ve heard from a number of writers who were able to strike interminable agency language from author-agent agreements simply by asking.

The best approach is for agents to simply drop the clause. Agents who are determined to retain a contractual right to represent an out-of-print work could adopt a clause such as the one that follows:

“On termination of this [publishing] Agreement, Agent will continue to have the right to represent the Work and collect a commission for the placement of the Work provided that (1) Agent places the Work within 6 months of the termination of this Agreement and (2) Agent sought a reversion of rights on Author’s behalf within 6 months of the time the Work was out of print as defined in this Agreement.”

What if the agent won’t negotiate? Should an interminable agency clause be a deal-breaker? That has to be up to the individual writer. I’ve heard from writers who’ve accepted contracts with interminable agency clauses, and from writers who made the painful decision to pass on an offer of representation because of such clauses, and many (though not all) had good, solid reasons for their choice. Either way, it’s important to make sure you understand the language of any contract you’re signing, and that you are aware of the contract’s implications–both in the present and for the future.

Guest Blog Post: The Google Books Settlement–It’s Not Too Late to Fix It