I first became aware of Iconic Publishing last year, when this post appeared on Absolute Write. It’s a tale of breathtaking unprofessionalism on the part of the publisher, Jano Donnachaidh of Marietta, GA.

Starting last February, I began hearing from Iconic authors reporting a variety of similar problems, including production delays, poor copy editing (books were printed full of errors), poor communication, and broken marketing promises. I’ve also seen several Iconic contracts, and they’re pretty bad, with a sweeping claim on subsidiary rights (even though there’s no evidence Iconic is capable of exploiting them), unacceptably vague reversion language, royalties paid on net profit, and a Right of First refusal clause that could be interpreted to require the authors to submit to the publisher any subsequent book they ever produced.

One thing these contracts do make clear, though, is that the authors retain copyright. See the two screenshots below (note also the antiquated language in the second screenshot): 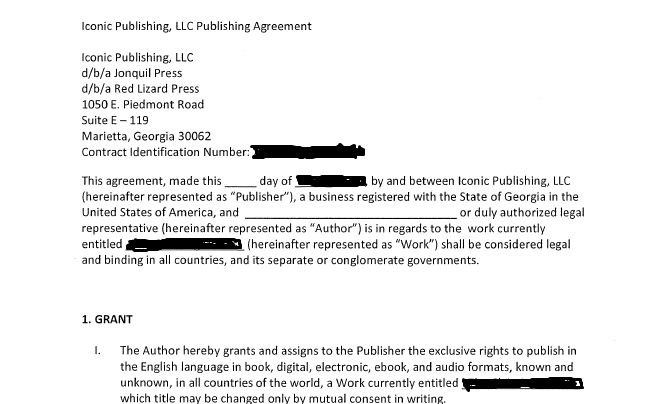 Why am I emphasizing this? Because, possibly in an attempt to hold on to rights that dissatisfied authors are attempting to revert, Donnachaidh has violated the terms of his own contract by registering copyright to most of the books he’s published not in their authors’ names, but in Iconic’s.

Here’s the listing of copyrights Donnachaidh has registered. And here’s just one example: 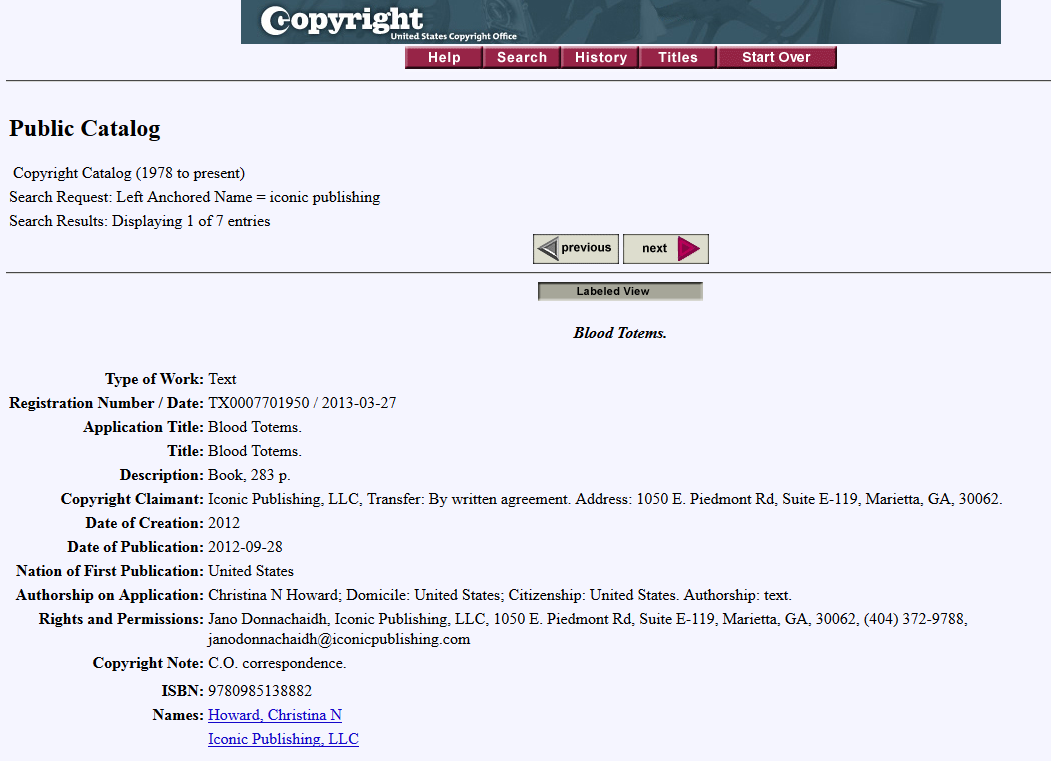 Note that that it’s stated that the copyright transfer is “by written agreement.” I’ve now heard from three of the five authors involved, and all three say that they never signed any agreement authorizing the transfer of their copyrights, nor agreed to a transfer in any way. The registrations also contradict the copyright notices printed in the actual books, all of which are in the authors’ names.

Iconic authors are pursuing various avenues of redress, including legal action. In the meantime, writers should beware of Iconic Publishing, and of any business using the following domain names, all of which are registered to Donnachaidh: