EDITED 10/13 TO ADD: Mark Teppo has confirmed that Jason Williams has resigned from Resurrection House.

I had this post ready to go on Friday, but it was pre-empted by news of Ann Crispin’s death. I was considering letting the blog sit silent for a week–but in light of the fools and trolls who are dreaming of Writer Beware’s demise, I’ve decided to carry on as usual. It’s what Ann would have wanted. 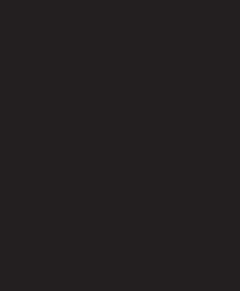 A brand new publisher has hung out a web shingle: Resurrection House. As of this writing, its website is pretty bare: a single page with a mission statement, a call for submissions, and a link to a cryptic YouTube video. As yet, no books have been published; there’s also no information about staff. You can’t even tell what genres Resurrection House is interested in.

I always advise authors to be cautious about approaching a brand-new publisher. There’s a high attrition rate among new small presses, and it’s really safest to hold off on approaching them until they’ve proven they can operate without getting backlogged or running out of money. In practical terms, that means waiting at least a year after the press has started issuing books. This also gives you a chance to assess quality, and to get a sense of how (or if) the publisher markets its list. And it allows time for complaints, if any, to surface.

Also a concern: a publisher that doesn’t disclose its staff. If you don’t know who owns the publisher and who works for it, how can you determine whether they’re experienced and competent–or, worse, have ties to questionable ventures? Inexperienced staff is a major reason for publisher death. And a publisher that crashes and burns under one name may start up almost immediately under another.

In this case, a little Googling quickly discloses that Resurrection House’s owner is author Mark Teppo. Teppo has industry experience, which is certainly an encouraging sign.

What Google won’t tell you is that Resurrection House has another staff member: Night Shade Books founder and publisher Jason Williams. (Though Williams’ involvement with Resurrection House isn’t publicly disclosed, Writer Beware has seen a message posted by Teppo to a mailing list for Night Shade Books authors.) If that name doesn’t ring a bell, here’s a bit of background.

An independent publisher established in 1997, Night Shade Books quickly became known for high artistic standards and an edgy, eclectic list. A few years ago, however, it ran into financial trouble, and began having problems making royalty payments. The Science Fiction and Fantasy Writers of America put it on probation in 2010.

Probation was lifted a year later, but Night Shade continued to struggle. Then, in April 2013, Night Shade abruptly announced that it was selling its assets to two companies: Skyhorse Publishing (which has a special program for buying up backlist titles from struggling presses) and Start Publishing. The deal averted bankruptcy proceedings (which would have placed authors’ contracts in limbo), and money owed to Night Shade authors was promised to be paid in full–but in return, authors were asked to agree to revised terms, including lower royalties and a less favorable contract. Authors and agents took to the Web to voice their displeasure (Tobias Buckell provides a roundup of links). Ultimately, Skyhorse and Start agreed to raise royalty rates, and the deal went through

Mark Teppo has stated that Jason Williams will be working with Resurrection House only as an employee, with the title of Acquisitions Editor, and won’t have a hand in running the company. By all accounts, Williams is a talented editor. Still, even as an employee, his association with Resurrection House is a data point that writers should have the opportunity to factor in to their decision to submit. I don’t think I’m alone in finding it troubling that Teppo is holding that information so close to the vest.

If you’re a SFWA member, Resurrection House is also being discussed in the SFWA forums.