UPDATE: This lawsuit, along with another brought later, was dismissed in August 2015. 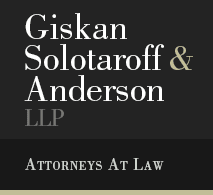 In April of this year, the law firm of Giskan Solotaroff Anderson & Stewart filed a class action lawsuit against Author Solutions Inc. (ASI) and its parent, Penguin Group, on behalf of three plaintiffs, alleging breach of contract, unjust enrichment, various violations of the California Business and Professional Code, and violation of New York General Business Law..

My blog post about the filing, including the full text of the initial Complaint, can be seen here.

Not surprisingly, ASI and Penguin filed a motion to dismiss. On July 19, Giskan Solotaroff filed an Amended Complaint, which can be seen here.

On August 23, Penguin moved to dismiss the Amended Complaint in its entirety, and ASI moved to dismiss the claims of one of the three plaintiffs in their entirety, and all but the breach of contract claims of the other two plaintiffs. Penguin and ASI also informed the court that they intend to file a motion to either strike the class allegations included in the amended complaint, or to deny class certification altogether. In response, Giskan Solotaroff intends to file a Second Amended Complaint by September 27.

Another motion to dismiss will surely follow. But as it looks now (per court documents, all of which can be accessed via PACER), even if the motion is successful, and/or Penguin/ASI gets the class allegations tossed, two of the breach of contract claims against ASI will go forward.