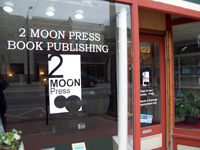 Last summer, I wrote about a police investigation of Michigan-based pay-to-play publisher 2 Moon Press, which closed its doors in May amid competing claims of wrongdoing by its former and current owners. In the process, it left large numbers of authors in the lurch–many of whom had paid thousands of dollars and never seen a single book.

Despite the police investigation, dozens of author complaints, an F rating from the BBB (click the Complaints tab to see the kinds of troubles authors encountered), and a lawsuit by at least one author, prosecutors declined to bring charges against former owner Don Semora–even though he has a prior history of fraudulent activity, and has served time in prison–or current owner Melinda Lundy.

Sadly, this isn’t an unusual outcome. Even where the fraud is egregious and tens or even hundreds of thousands of dollars are involved, a combination of bias (it’s vanity publishing; authors have only themselves to blame), lack of understanding (it’s often difficult for people outside of publishing to understand where the fraud lies; also, cases that involve dozens of people, multiple states, and a variety of different complaints can seem dauntingly complex to pursue), and the lower priority that’s often given to smaller white-collar crimes overwhelmingly keeps law enforcement from pursuing literary fraud. There’ve been some successes (see Writer Beware’s Case Studies page), but most literary fraud goes unpunished–and often, since authors are ashamed of falling for a scam, unreported.

Over the last few months, the Newschannel 3 I-Team worked on behalf of dozens of authors who say they lost money or lost services from the now-defunct book publisher 2 Moon Press.

Many authors asked us to investigate what happened to the company. The company shut down earlier this year and many of the authors we are profiling in this story say they paid for books they never received. The leaders at the company purchased billboards across West Michigan, advertising that they were “Michigan’s most trusted publisher.”

In police reports we obtained through the Freedom of Information Act, people in 26 cities in Michigan and in 10 states across the country reported to the Marshall Police Department they didn’t get what they were promised from the folks who were running 2 Moon Press.

The police officers in Marshall say they’ve never handled a case of this magnitude.

There’s much more in the accompanying video, including denials of wrongdoing by Don Semora and protestations of innocence by Melinda Lundy. Semora filed a civil case against Lundy a few months ago for fraud and breach of contract; Lundy–who’d earlier sent Semora a desperate plea for help, claiming that “I have went through all the money”–responded by alleging that Semora defrauded her by inducing her to agree to a fraudulent contract. The case was tossed when Semora failed to appear in court.

Don’t miss the confrontation outside the Double Nickel Party Store, where Melinda’s son Matthew (who has a criminal history of his own) smashes the reporter’s camera and physically threatens him (at 06.30); or the image of 2 Moon’s huge highway billboard sign–which, months after the company’s demise, has only just been taken down–advertising itself as “Michigan’s Most Trusted Publisher” (at 07.35).

As a result of WWMT’s expose, the Calhoun County prosecutor has re-opened the case and is actively pursuing it. Restitution is unlikely–even if granted, there’s probably no money left–but let’s hope there are some convictions.