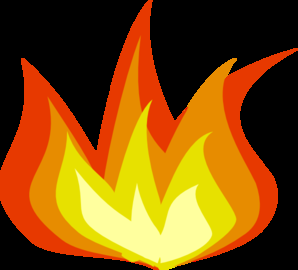 Before I start, let me emphasize that what follows is my own personal opinion. I’m not speaking here for anyone but myself.

Many of you may be aware of the controversy that erupted last year over the content and format of SFWA’s quarterly publication, the Bulletin. This resulted in the Bulletin’s temporary suspension while a task force appointed by SFWA’s then-President, John Scalzi, investigated the Bulletin’s role within the organization, with the goal of recommending changes going forward.

Over the past week or so, controversy has engulfed the Bulletin once more, with a petition circulated by former SFWAn Dave Truesdale protesting “politically correct censorship” of the currently non-existent Bulletin. (It’s also worth reading the original, much more wordy, version of the petition, which can be found here.) Among the 30 or so signers of the petition are a number of eminent speculative fiction authors. Current SFWA President Steven Gould has posted a response.

I’m not interested in addressing any of the allegations and counter-allegations over the petition (which in any case is protesting an imaginary issue: there’s no Bulletin “review board”, nor is one planned). What concerns me is the by-now predictable SFWA pileon, with commentators (many of them not SFWA members) tut-tutting about how backward, sexist, and juvenile the organization is (here’s just one example). What value, many of these commentators demand, can SFWA actually offer writers, dominated as it is by flame wars and trumpeting dinosaurs?

For me–and again, I emphasize that this is my personal opinion–there is another way to look at this. Truesdale’s petition, as well as the earlier brouhaha over the Bulletin, are actually symptoms of something positive: namely, SFWA’s long, slow journey of transformation from an advocacy organization with its roots in the insular, clubbish spec fic community, to an open, modern, professional writers’ group.

I wish this transformation were proceeding faster, because many younger SFWA members, as well as new writers who should be interested in joining, are alienated by the clubbish, fannish atmosphere that still dominates SFWA’s public persona (including the Bulletin before it was suspended). But it is happening–the overhaul of the Bulletin is just one instance of that–and many older SFWA members, especially those who may feel they’re being left behind by the huge shifts that are changing the face of publishing, are fighting to keep SFWA the way it always has been, and are angry and resentful that they’re losing the battle.

I think the petition is a symptom of this. I think that many of the signers were still furious over the original Bulletin controversy, and saw the petition as a way to express that anger–which basically is anger over the ways in which SFWA is changing…and must change, if it is to remain relevant.

So what value can SFWA offer writers, both established and aspiring? Here are a few suggestions:

These are just some of the educational, advocacy, outreach, and support activities SFWA conducts. Unfortunately, because they mostly happen quietly and efficiently, they get much less press than the flame wars.

I am a strong supporter of SFWA. Without SFWA, Writer Beware could not exist–and I’m not just talking about financial and logistical support, but about SFWA’s staunch and unwavering backing of Writer Beware and its mission over the years.

But Writer Beware isn’t the only reason I believe in SFWA. I see great value in the organization, and I know that it is filled with good people whose priorities and views are in no way represented by this latest controversy. Despite the upheavals and flame wars and bumps in the road, I do believe that SFWA will find its way in its long journey of change, and will provide value for writers for years to come.

ISNI: An Authority for Authors?

The Bookseller Takes a Stand: No More Advertising From Author Solutions, Inc.