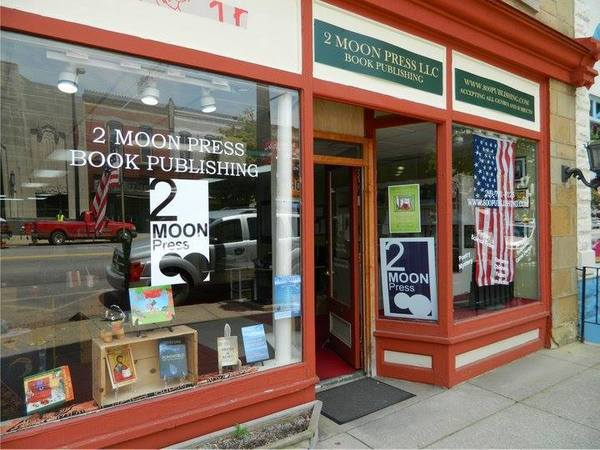 Last November, I wrote a post about deadbeat vanity publisher 2 Moon Press, which closed its doors in May 2013 amid competing claims of wrongdoing by its former and current owners. In the process, it left large numbers of authors in the lurch–many of whom had paid thousands of dollars and never seen a single book.

Despite all this, prosecutors initially declined to bring charges against former owner Don Semora (even though, according to news coverage of the situation, he has a prior history of fraudulent activity, and has served time in prison) or current owner Melinda Lundy. That changed when a local news channel produced an investigative segment on 2 Moon Press’s demise (well worth watching, if only for the confrontation between Melinda Lundy’s son and the reporter, in which a camera gets smashed). As a result of the segment, the case has been re-opened.

In addition, a number of 2 Moon Press authors are trying to recover their lost resources through civil action. They’ve filed a lawsuit against Semora, Lundy, and 2 Moon Press alleging breach of contract, unjust enrichment, fraudulent misrepresentation, and other charges. They are seeking damages, interest, costs, and attorneys’ fees, as well as the return of their materials and property. (The full complaint can be seen here).

These authors have lost thousands of dollars to 2 Moon Press, and none of them were wealthy to begin with. Coming up with money for legal fees is very tough. So they’re asking for the public’s help with an IndieGoGo campaign called Justice for Authors. Their goal is $15,000, and as of this writing, they have 17 more days to raise it.

I’m not in the habit of asking my readers to support crowdfunding campaigns. But these authors have lost so much, and even though it now seems possible that charges will be brought against Semora and Lundy, such cases, even when successful, rarely result in much in the way of restitution. Please take a look at Justice for Authors. Support it if you can, and even if you can’t, please spread the word.

If you’re a 2 Moon Press author and feel you’ve been defrauded, there’s a Facebook group you can join. Also, the City of Marshall police department is assisting the Calhoun County prosecutor in collecting information. You can get in touch with:

(Researching Don Semora, I discovered that he has several books on Amazon. In his bio, he claims that he “in 2009 won a Blue Nebula award for fantasy,” a claim that also appears in the sig line of his emails [some of which I’ve seen]. Hmm, thought I, could this be a bogus attempt to make people think he’d won a real Nebula award–you know, the one presented by SFWA? So I Googled “Blue Nebula Award,” and apparently it really was a thing, given out by some group I’ve never heard of called Creative Authors Guild. Interestingly, the award no longer seems to exist, and all reference to it has been deleted from CAG’s website, as you can see from following links in the discussion that follows one winner’s announcement of his win.)