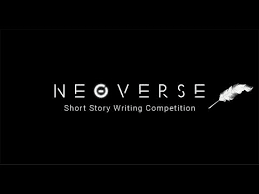 This is the kind of post I wish I got to write more often.

For the past couple of weeks I’ve been getting inquiries about the Neoverse Short Story Writing Competition, sponsored by Neoglyphic Entertainment.

The competition is free to enter–always a good thing–and offers cash prizes as well as anthology publication for the winners. But there was a problem: the Official Rules, which included a number of author-unfriendly provisions. All entrants were required to grant exclusive publishing rights, even though only the best 20 would be included in the anthology. While the top 10 entrants received cash prizes, entrants 11-20 got no payment at all. And Neoglyphic retained a right of first refusal for entered stories that received other publishing offers–not just an overly sweeping claim, but a conflict with the exclusive grant of rights.

I’ve devoted a lot of blog space to bad contest terms, but given the lure of writing contests, it’s a subject that never goes out of style. I was preparing a post on the Neoverse competition when I received an email from Neoglyphic’s co-founder and COO, David Ramadge, introducing himself and his company and asking for feedback. I sent back a list of questions…and to make a long story short, David and his colleagues–who were already working to change things based on advice from other experts–have re-written the rules.

The new rules can be seen here. (For comparison, the old rules have been left online.) The grant of rights is now non-exclusive, and only the 20 winners grant publishing rights; other entrants grant only the right for their stories to be distributed for the purpose of judging. All 20 winners now receive cash prizes, making the anthology a paying market.* The right of first refusal is gone, and the license terms overall have been simplified and clarified. And all these changes are retroactive. If you’ve already entered, you are now covered by the new rules.

I have to say that I’m very impressed with Neoglyphic’s openness to change. So often, small presses respond to criticism and suggestion with anger and intransigence. Neoglyphic says it wants to be “a positive contributor to the writing community”; in my opinion, it has made a good start.

So should you enter? That’s up to you. In addition to the cash prizes, the competition promises “Visibility, Recognition, Reward” for the authors published in the anthology–a promise that may or may not be deliverable, even for an established publisher.

And Neoglyphic is not an established publisher. It is a new company, and the anthology will be only its second publication (the first will be Sunborn Rising, an “immersive novel”). When I asked David Ramadge why authors should consider an as-yet untested publisher–especially given the volatility of the small press world, where new publishers are as likely to fail as to survive–he told me: “[W]e are a company aimed at building tools for storytellers and creators….In regards to the readership of this anthology, we obviously do not know with certainty what kind of distribution we will achieve but are confident in the relationships and marketing abilities of our team to provide a meaningful result for our winners. This is also why we made the entry free and the prizes generous, because we are new….[F]or us this contest is about building goodwill and a name for ourselves, and so it is in our interest to make this as successful as possible.”

The submission deadline for the Neoverse Short Story Writing Competiion is December 20, 2015.

* Authors do not receive royalties from the Neoverse competition anthology; the prize money is their only compensation. Some people feel that a royalty structure is a more equitable form of payment, because it allows authors a share of profit–but especially for small press anthologies, where distribution may be limited and sales may be small, my feeling is that a flat fee is preferable to a percentage of income split among a big pool of contributors.

In any case, David Ramadge tells me that Neoglyphic plans to reinvest any profits the anthology may realize: “From a financial perspective, never has it been our goal to generate a direct profit with this contest; if we do happen to sell anthology copies to cover the costs of prizes, production and marketing then those funds will go directly back into the Neoverse contest.”

Signing Away Your Rights: Arbitration Clauses in Book Contracts