On May 20, Publishers Lunch broke the news that Month9Books, a well-regarded and apparently successful publisher of young adult and middle-grade fiction, was scaling back its list and reverting rights to “40-50 authors across all imprints”. In an email to Month9 authors sent the same day, company founder Georgia McBride cited her own health problems, along with staffing issues and the company’s “substantial growing pains” over the past six to nine months.

The announcement set off a small flurry of conversations about the publication and about small presses overall, with many wondering how McBride could afford to acquire new works if authors were complaining about loyal or absent royalty payments.

McBride ignored speculation and turned her attention towards working – even as authors on Twitter began to discuss how lack of payment was a recurring problem for the company.

The quote above comes from YA Interrobang (an online magazine focusing on the YA market), in a long and detailed article by editor Nicole Brinkley published a few days after McBride’s announcement. The article focuses on reports of serious problems at Month9–not just lack of payment (for staff as well as authors), but delayed pub dates, broken marketing promises, overcrowded publication schedules, communications breakdowns, problems with royalty accounting, and alleged harsh treatment and/or bullying by McBride. According to authors and staff quoted in the article–most of them anonymous–these problems are not new or even recent, but have been ongoing for a long time.

From questions sent to Writer Beware by authors considering submitting to Month9, I know that rumors of nonpayment were floating around as early as mid-2013. But apart from one nonpayment report in 2015, I didn’t receive any complaints about Month9 until the mass rights reversion and the YA Interrobang article opened the floodgates. Since then, I’ve heard from Month9 authors and staff who’ve shared their experiences and provided me with documentation–amply confirming Nicole Brinkley’s reporting, and also adding additional data: rapid turnover of editorial and PR staff, problems coordinating ebook and print releases, an official (and non-standard) policy of not paying or accounting royalties until the year following publication, no accounting for books entered into Kindle Unlimited, and more. (Several complaints from Month9 authors can be seen in this thread at Absolute Write, starting on Page 5.)

What I’ve heard from authors and staff also suggests why the troubles at Month9 haven’t really come to light–publicly at least–until now. I’ve reported on a lot of publisher problems over the years, and it’s normal for authors to feel conflicted about coming forward, or to worry about repercussions–but I’ve never encountered a situation where authors expressed such a level of fear and intimidation.

Nearly every author who contacted me described domineering, brusque, bullying, and even threatening behavior by McBride, and said they feared reprisals and/or damage to their careers if they revealed too much or let me use their names. They also pointed to the draconian non-disclosure agreements included in Month9 contracts, which bar authors from discussing the terms of their agreements “in person, online, verbally or in print, in public or in private except and only with officially documented legal and or agency representatives” and promise legal action if they don’t comply. Even Month9’s reversion letters include an NDA, requiring authors to keep reversion terms confidential for a full five years (something that could pose problems for an author seeking to re-publish her reverted book).

As one individual told me, “It’s astounding to see the difference between the public perception of this pub and the reality.”

When it started up in 2012, Month9 looked really promising. McBride had a long involvement with and many contacts within the YA publishing market, and she seemed to be making all the right moves–employing qualified editors and designers, planning a conservative publishing schedule, signing up well-known writers for Month9’s debut anthology, snagging real-world distribution through Independent Publishers Group. Although some agents were wary of Month9 as a new and untried small press, others were willing to work with it on the strength of what seemed a solid start.

So how did things go wrong? In her May 20 email, McBride mentions health problems that have made it difficult for her to manage her workload (obviously, something that can happen to anyone and can’t be helped if it does–but also a cautionary reminder of the risks of contracting with a publisher that’s essentially a one-person operation). She also blames late contracts on Month9’s legal counsel’s departure “a few months ago”, and “late and often erroneous payments…made to staff and some authors” on a fired accountant, who “made some pretty damaging transactions”. (Some of the authors who contacted me disputed these statements, claiming that the lawyer had actually been gone for closer to a year and confirming that payment issues go back almost to Month9’s inception.)

McBride also cites “substantial growing pains.” And I think that’s really the crux of it, because Month9 did grow–and grow. Authors who signed on in the beginning were told that the company planned to publish 8-12 books a year–a reasonable output for a new small press–but that conservative publishing schedule seems to have quickly fallen by the wayside. In 2013 Month9 released 23 books (figures based on Amazon listings), an expansion due in part to the addition of a new imprint, Swoon Romance. Another new imprint, Tantrum Books, was added in 2014, helping to balloon the list to 71 titles. 2015 saw just over 50 releases–a considerable drop, but still more than quadruple the original release plan. 2016 looks to be about the same, with 47 releases scheduled through November. 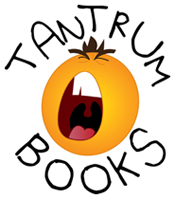 On its website, Month9 proudly confirms this rapid growth: “Since [2012], we have announced 182 book deals and published over 100 books.” But if you plan for 8-12 books a year, yet almost immediately double and quadruple and even quintuple that, you are going to encounter–at a minimum–logistical problems, especially if you suffer (as multiple authors allege Month9 does or did) from high staff turnover. At which point you’ll either have to try and do it all at the risk of things falling through the cracks, or cut vital services such as marketing–or, as appears to have been the case for Month9, both. You’ll also have to decide how to deal with the questions and complaints that will inevitably start rolling in, especially if you are having trouble cutting checks. Will you be candid? String people along with excuses? Put the blame on troublemakers? Just stop communicating? Will you even acknowledge to yourself how bad things are?

Over-acquisition is a rock on which many small presses have run aground (one example is Permuted Press, which actually had to stop publishing for a while when its hugely inflated production schedule got out of hand). Faced with an abundance of good manuscripts, an ambitious publisher’s eyes can easily outstrip its stomach. But as much as running a publisher may be a labor of love, it’s also a business. You have to balance ambition and growth with sensible business practice–which means, among other things, maintaining a disciplined release schedule and making sure that your workload and your staffing are a match. More and more, it seems to me that many small presses fall apart not just because their owners lack publishing savvy and expertise, but because they simply don’t know how to run a business.

How things will go from here is anyone’s guess. Both in her May 20 email and the interview that accompanies the YA Interrobang article, McBride indicates she is continuing to make acquisitions–which in the circumstances hardly seems wise–though she notes that there have been “significant changes to both our submissions and acquisitions process.”

She also dismisses the negative information that has surfaced in the past few weeks as social media-fueled “personal vendettas or campaigns against me.” But even if that’s the case–and based on the volume of  complaints, as well as their consistency, I don’t believe it is–there are, by McBride’s own admission, serious problems at Month9 that need to be addressed.

I hope McBride does address them–including taking a hard look at the culture of fear authors have described. And I hope Month9 survives. But I think that’s going to require more than just a change in the company’s submissions and acquisitions process.

I invited McBride to comment for this article. Our Q&A can be seen here, in a separate post. (The Q&A is accumulating comments from Month9 authors and staff; those are worth reading as well.)

UPDATE, 11/7/16: Two Month9 authors, Abi Ketner and Missy Kalcicki, have filed a lawsuit against Georgia McBride and Month9 Books. “As alleged in the complaint, the authors’ publishing agreement has terminated due to Month9’s breach of the agreement, including Month9’s failure to deliver timely royalty statements and to pay royalties due to the authors. Among other matters, the complaint requests the court to declare that all rights in the Sinners series previously granted to Month9Books have reverted back to the authors.”