I harp a lot here on how important it is to read the fine print–in your publishing contract, on websites that host user content, in literary contests. Sure, it’s tedious, especially if couched in lengthy legalese–but skipping this step can result in unpleasant surprises.

What happens, though, if the contest sponsor changes its guidelines while the contest is still in progress? 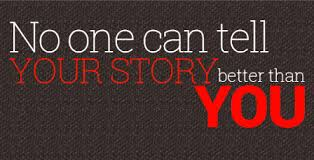 Last year, the Times of India–one of the world’s largest English-language newspapers–launched the WriteIndia contest. Each month for eleven months, a well-known Indian writer provided a passage or a prompt for contest entrants to develop into a short story. Eleven winners were awarded a Kindle, attendance at an exclusive writing camp, and publication in a compilation of winners’ stories published by TOI’s publishing imprint, Times Group Books.

Major newspaper, eminent writers, publication–what’s not to like? Thousands of writers entered the contest. The final slate of winners was announced July 15 on Twitter, prompting this question from one of the non-winning entrants:

@TOI_Books @anitanairauthor @VinitaNangia Can we publish our story somewhere else?

To which the response was:

@ShefaliBanerji @TOI_Books @anitanairauthor No, you cant. It is ours now — we will take care of what to do with it.

Wait, what? shocked writers demanded. How could that be?

When I put this post online earlier today, here’s how the next few paragraphs read.

Well, because of the fine print of WriteIndia’s Terms & Conditions:

a. Participant acknowledge and agrees that [Times Internet Limited] shall have irrevocable, worldwide, exclusive right to publish and commercially exploit the story/content submitted with TIL, through any medium and channel for the period of two years from the date of completion of campaign. After two years exclusivity period, TIL shall have non- exclusive right to publish and commercially exploit the story, worldwide and in perpetuity. TIL shall have the right to adapt, edit or modify the story as solely determined by TIL. TIL shall not be required to take any further approval or to notify the participant or to pay any additional consideration for the grant of aforesaid rights.

Simply by entering the contest, writers granted TOI perpetual rights to their stories, whether or not they won–and not just nonexclusively, but on an exclusive basis for a full two years. TOI doesn’t have to pay writers whose work they use, or even notify them.

I’ve rarely seen such a greedy rights grab in contest guidelines. If anyone had contacted me to ask about this contest, I would have advised them not to enter. On the other hand, TOI didn’t attempt to hide or obfuscate the rights grab–it was right there in black and white for anyone to read. Problem is, lots of writers apparently didn’t read it. So now, basically, they’re stuck.

In fact, the above is not quite correct, as I discovered late this afternoon when I checked into what’s claimed in the first comment on this post. When most writers entered the WriteIndia contest, the T&C were different from what they are today. Here’s a screenshot from April 19 of this year, courtesy of the Internet Archive.

As you can see, the rights grab is still there (the last sentence in the shot), but in vague language that’s much easier to miss or misinterpret, especially since there’s no mention of irrevocability, perpetuity, or exclusivity. As the contest was coming to an end, TOI must have decided it needed something more precise, so it completely re-wrote the T&C–which it was within its rights to do because of this paragraph:

The Times of India reserves the right at any time without prior notice to add, alter, modify, all or any of these terms and conditions or replace, wholly or in part, this Offer by any other Offer, whether similar to this Offer or not or to withdraw it altogether.

It’s not unusual to find such language in contest guidelines, but it’s rare for a contest sponsor to make such wholesale changes while the contest is in progress. While writers who ignore or miss plain language in a contest T&C have only themselves to blame, and the mention of “commercialisation” in TOI’s original T&C should have been a red flag, it seems to me that WriteIndia entrants were substantially misled by rights language that TOI’s own alterations of its T&C acknowledge weren’t nearly clear or comprehensive enough, and didn’t adequately convey its intentions for the entries. In my opinion, this is pretty shameful.

TOI has attempted to allay one concern–that the stories might be published without writers’ names:

Sounds good, but I have to point out that since neither the original nor the revised T&Cs mention the issue of moral rights at all, writers have no recourse if this pledge isn’t honored.

In response to the flap, TOI’s Director, Vinita Nawra Nangia, is now saying that “anyone who does not agree to the said terms and conditions, is free to withdraw from the campaign.” (Contact info: writeindia@timesinternet.in.) TOI should go farther. It should formally relinquish any and all rights to any and all non-winning entries.