Hot on the heels of the infamous Christmas writing contest spam comes another spam solicitation aimed at separating writers from their money. 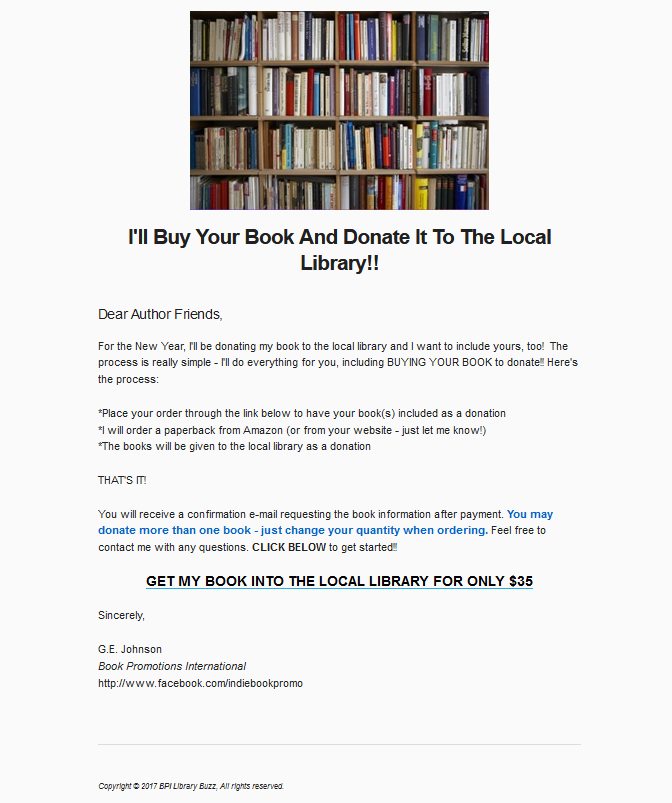 The link leads directly to PayPal.

So if you’re not already ROTFLing at the sheer chutzpah of this, um, offer, why would it be a terrible use of money?

First and most obvious, because once you sent your payment, you’d have no way of confirming that a) this person had actually bought your book, or b) actually donated it.

And second, because this is not how books get into libraries. Some libraries don’t accept donations at all (my local library among them; when I was doing book reviews, they declined my offer to donate brand-new direct-from-the-publisher hardcovers). Even if they do, there’s no guarantee they will actually shelve the donations, especially if the books aren’t professionally packaged. Where donated books will probably wind up is in the annual Friends of the Library book sale.

So is this a scam? As cartoonish a ripoff as it seems, it’s hard to say–the line between scammery and simple cluelessness can be difficult to discern. G.E. Johnson does seem to be a real person; her activities as a book promoter appear to consist of posting book cover images on Facebook and Pinterest, and offering vaguely-described “marketing”:

As with the library spam, the link goes directly to PayPal. Ms. Johnson’s webpages don’t include testimonials, but I did find this, from a discussion thread on Goodreads–I’m guessing it was unsolicited…

UPDATE: Did you think that Ms. Johnson’s attempt to sell authors a completely unverifiable promise of a book purchase was just a one-time, ill-advised spamstravaganza? You would be wrong. 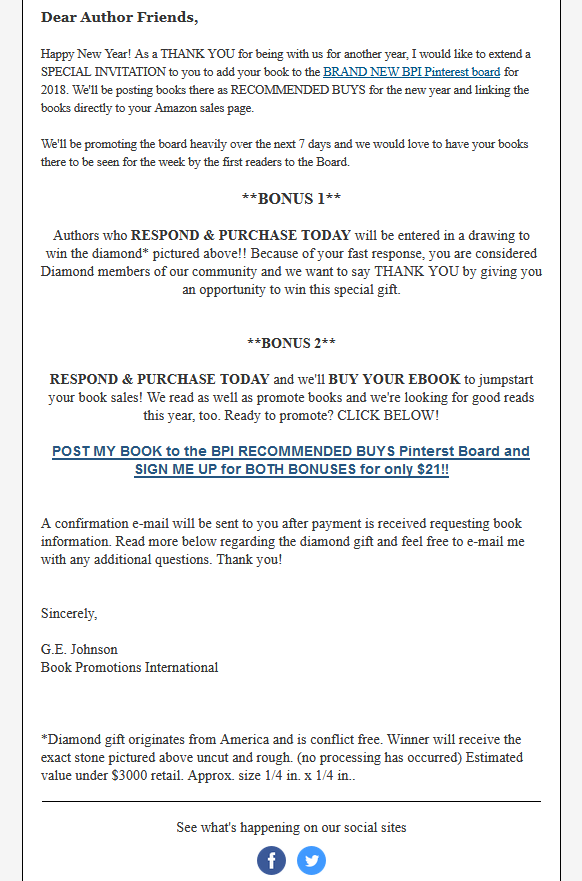 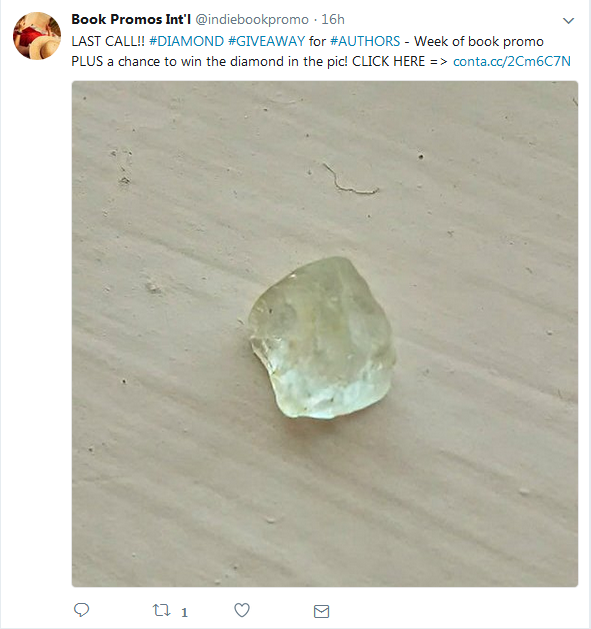 How Not To Promote a Writing Contest: The NY Literary Magazine

Alert: Copyright Infringement By the Internet Archive (and What You Can Do About It)