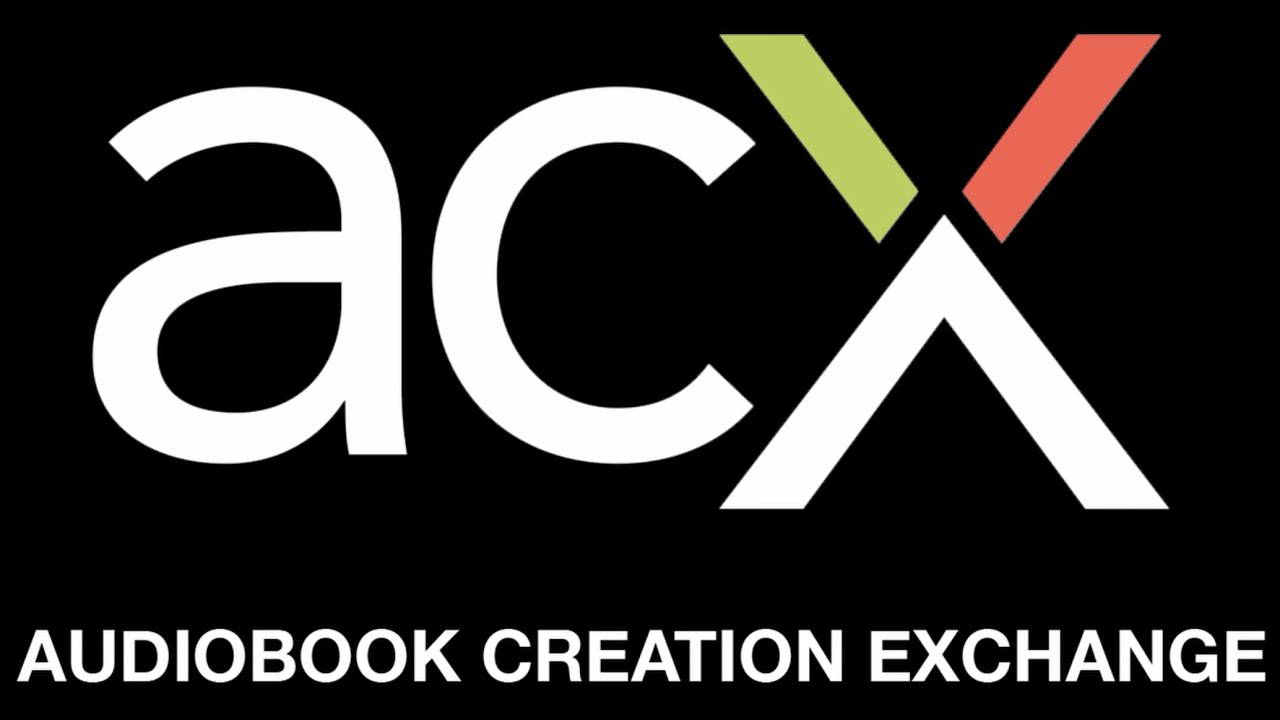 I’ve heard from several self- and small press-pubbed authors who report that they’ve found their books listed on ACX as open to narrator auditions…except that they, or their publishers, didn’t put them there. This appears to be an attempt to steal authors’ audio rights. 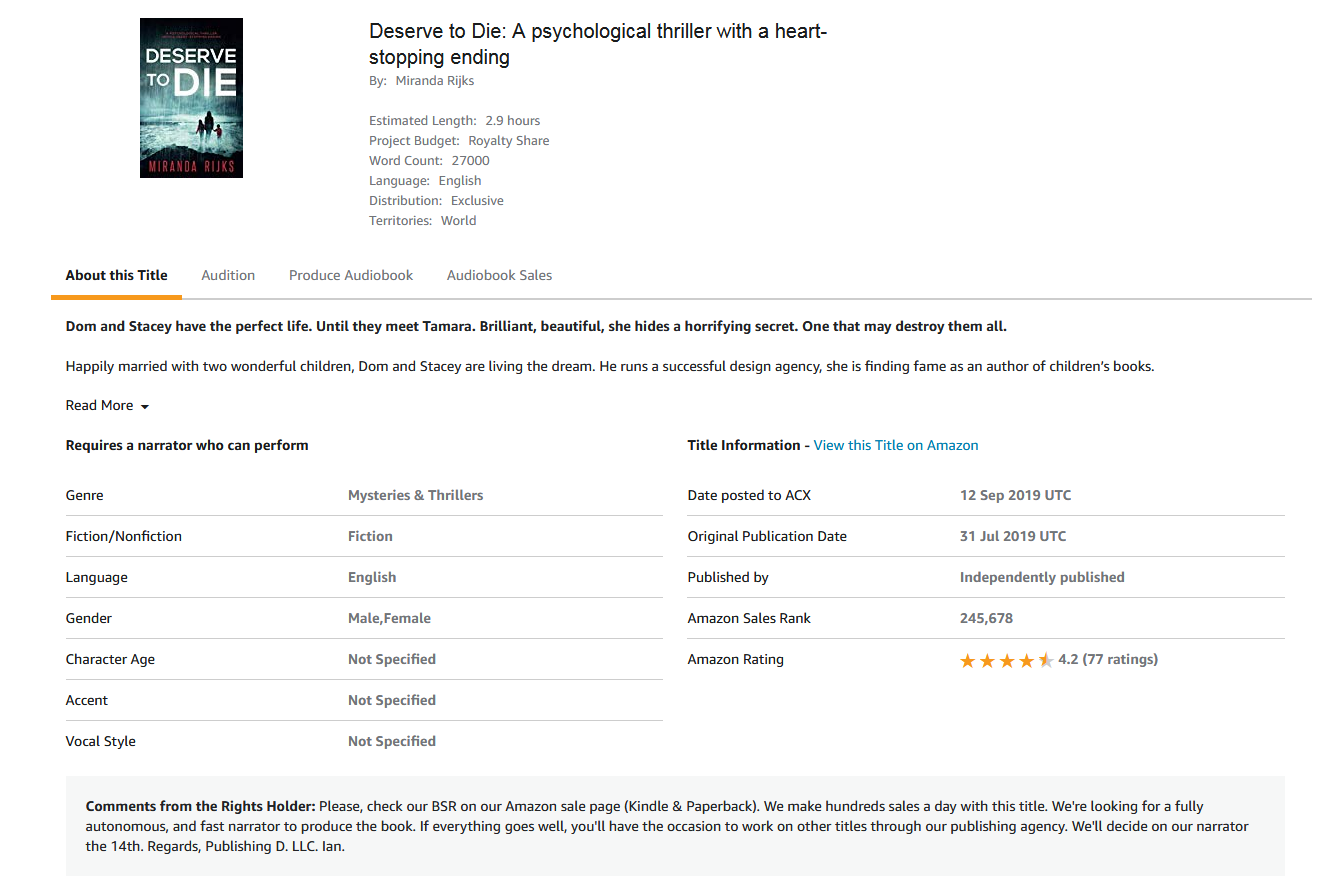 See “Comments from the Rights Holder” at the bottom. The purported company, Publishing D LLC, does not show up on any searches.

The fraud seems pretty elaborate. Here’s what one of the authors who contacted me told me:

These comments from a freelance audiobook narrator illustrate that “Publishing D” is not an isolated incidence.

UPDATE 8/9/21: Still happening–and narrators are targets too, not just authors. This article details the experience of a narrator who was hired to narrate a new version of Frank Herbert’s Dune…only the person doing the hiring turned out to be a scammer who didn’t have the rights. ACX yanked the book, and the narrator, who worked on a royalty share contract, was left without pay.

Multiple authors have contacted me to report that they’ve received an email from ACX withdrawing their promotional codes. The cited reason: “unusual activity,” with no explanation of what that means.

The authors say that they have not used the codes improperly or violated ACX guidelines; in some cases, they’ve used the codes only a handful of times or not at all. See, for instance, blog posts by authors G. Michael Vasey and Adam Piggott. Per discussions on the KBoards and Reddit, a lot of authors seem to be affected.

Is this one of Amazon’s (Audible’s parent company) periodic crackdowns on misuse or fraud that has inadvertently ensnared innocent authors? According to author and self-publishing expert David Gaughran, ACX promo code scamming is a major problem, and Amazon’s anti-abuse sweeps often involve a lot of collateral damage. Or could it be an error–a glitch or rogue algorithm?

So far, authors’ efforts to get a fuller explanation have run up against the black box that is Amazon:

If I hear anything further, I’ll update this post.

UPDATE 11/27/19: One of the authors who alerted me to the promo code withdrawal has received a notice saying that their codes are reinstated–however, they say that the promo code tab has yet to appear in their dashboard.

UPDATE 2/25/21: More about ACX scams, from a comment left by a narrator. This illustrates how rights fraud and promo code abuse can intersect. Until relatively recently, ACX gave a couple of hundred promo codes free to any narrator who completed an audiobook; if the scammers posting the audiobook project could get hold of them, they could sell them to consumers.

About the ACX thing…I was contacted by ACX to narrate three books, however, the person who offered the contracts kept emailing and frantically telling me to send them my book codes. I got leary and called ACX. They said unfortunately there are many scams taking place where if a book is “unclaimed” in their system, someone may grab it and offer it as an audiobook contract. Then they keep the codes and blackmarket sell them. They do not pay the narrators. Many other authors are experiencing it, they said, but they have no way to regulate it.

I declined the offers and got a nasty note from the contract holder. I was also told that since I corresponded with them, they had my email that is associated with Amazon..the same one. So, ACX said I had to go change my email on Amazon or they would have access there too. Geez.

UPDATE 5/22/21: Further to the update above, a fascinating article about how ACX scammers game promo codes by hiring narrators on a royalty share basis to narrate nonsense books.