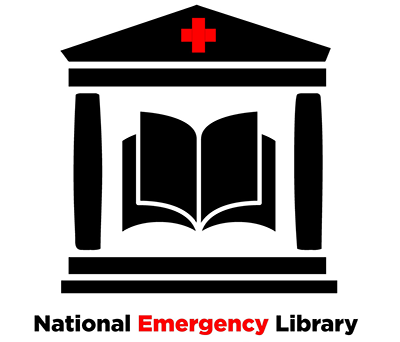 This past March, I wrote about the Internet Archive’s National Emergency Library–a spinoff from the IA’s massive Open Library project, which makes scanned print books available to the public for free in various digital formats.

While many of these books are in the public domain, many are not: they are in-copyright and commercially available, and have been scanned and uploaded without authors’ or publishers’ permission, violating copyright law and potentially interfering with authors’ income. To create the National Emergency Library, the IA has used the figleaf of the coronavirus pandemic as justification to remove even the minimal restrictions on borrowing that governed the Open Library–abandoning one of the key provisions of the legal theory that it and others created to justify what amounts to massive copyright violation.

Though controversy erupted over the Open Library a few years ago, with the IA’s actions condemned by authors, publishers, and authors’ groups, and many authors contacting the IA to have their books removed, no legal action followed. Given the outcome of the Authors’ Guild’s long legal fight against Google’s book scanning project, I’m guessing it might never have done, had the IA not thrown down the gauntlet of the National Emergency Library. Now, four publishers have called the IA’s bluff.

This morning, Hachette, HarperCollins, John Wiley & Sons, and Penguin Random House filed suit against the Internet Archive in the United States District Court for the Southern District of New York, alleging “systematic mass scanning and distribution of literary works.” The suit asks the court to declare that the Open Library constitutes “willful copyright infringement”, to enjoin the IA from further infringing activities relating to the plaintiffs, and impose payment of statutory damages.

From the Association of American Publishers’ press release on the lawsuit:

From Publishers Lunch (which also points out that the IA sells its book scanning and digitization capabilities commerically, generating millions in revenue):

The full complaint can be seen here. The list of titles cited in the complaint gives a taste of the breadth of  the IA’s copyright violation.

UPDATE 6/11/20: The Internet Archive has announced that it will be shuttering the National Emergency Library two weeks early, on June 16, and “returning to traditional controlled digital lending.”

It claims to be doing so because “the vast majority of people use digitized books on the Internet Archive for a very short time”, and also because “four commercial publishers chose to sue Internet Archive during a global pandemic”. Many people suspect that a lawsuit was exactly what the IA wanted, in hopes of getting legal rulings that will validate its disputed Controlled Digital Lending theory.

UPDATE 11/8/21: The latest on the ongoing lawsuit: The IA is attempting to gum up the works with extremely broad discovery demands, and plaintiffs are objecting.

Additionally, there’s new concern over the New Zealand National Library’s donation of hundreds of print books to the IA for “storage and preservation” (read: digitization). The books–many of them still in copyright–have been culled from the National Library’s Overseas Published Collections (in other words, they are books the Library no longer wishes to house).

As usual where the “controlled digital lending” theory is involved, authors are automatically opted in, and if they don’t wish their books to go to the IA, must opt out. That procedure is here. The entire list of books to be donated can be downloaded here.

Personal note: two of my father’s books are on the list, one of which is still in copyright (though no longer in print). I’m not his literary executor, unfortunately.

UPDATE 6/14/22: The Internet Archive and the publishers are seeking summary judgment in the case. Opening briefs are due July 7.

Evaluating Publishing Contracts: Six Ways You May Be Sabotaging Yourself