VANITY PUBLISHING AND PAY TO PLAY 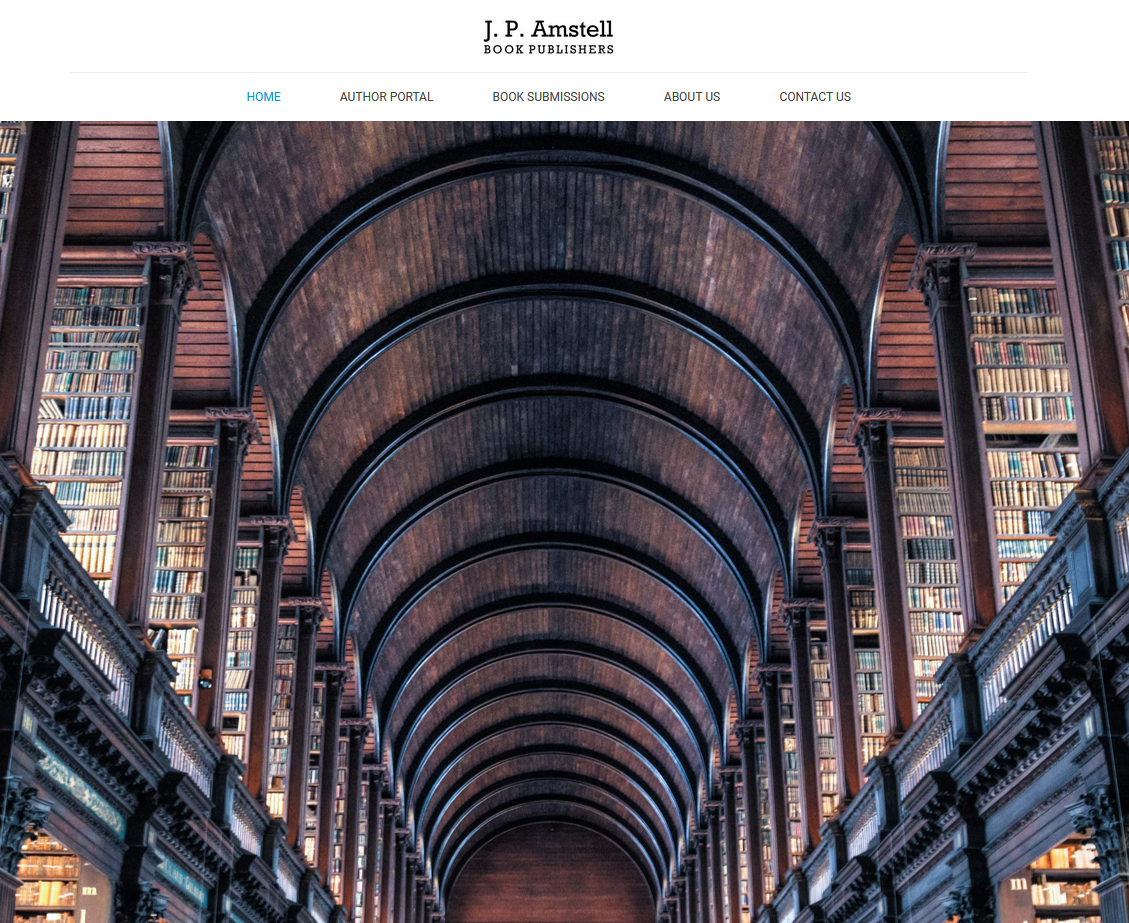 A guy called James Paul Amstell (aka J.P. Amstell or James Amstell) is madly changing the name of his recently-launched vanity publishing operation, likely in order to evade online warnings (mostly from me).

The first iteration, Heart and Goldman Book Publishers, has been wiped from the web. I have one of its contracts, though, which gives authors the option of paying between £1,000 and £4,000, depending on what level of service they choose. Other traces remain:

The second iteration, J.P. Amstell Book Publishers, has also been erased, though Google has cached some of its website and I saved some as well. See the image at the top of this post.

Though Mr. Amstell changed the name of his publishing venture, he didn’t bother to change the website. Other than substituting “J.P. Amstell Book Publishers” for “Heart and Goldman”, the sites were identical. Sometimes, though, search-and-replace lets you down.

This past September, I tweeted a warning about the name switcheroo: 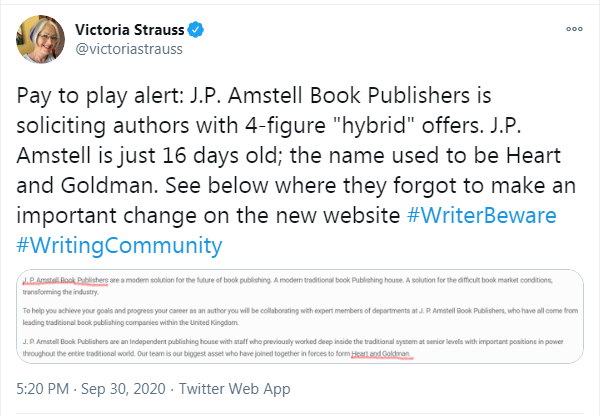 I also posted a warning on Facebook. A few days later, this landed in my personal inbox:

You can imagine my (non-)response. Ditto for the identical threat Mr. Amstell sent three days later.

I’ve heard nothing further. However, possibly because websearches on J.P. Amstell bring up my warnings on the first page, Mr. Amstell appears to have felt the need for yet another name change. 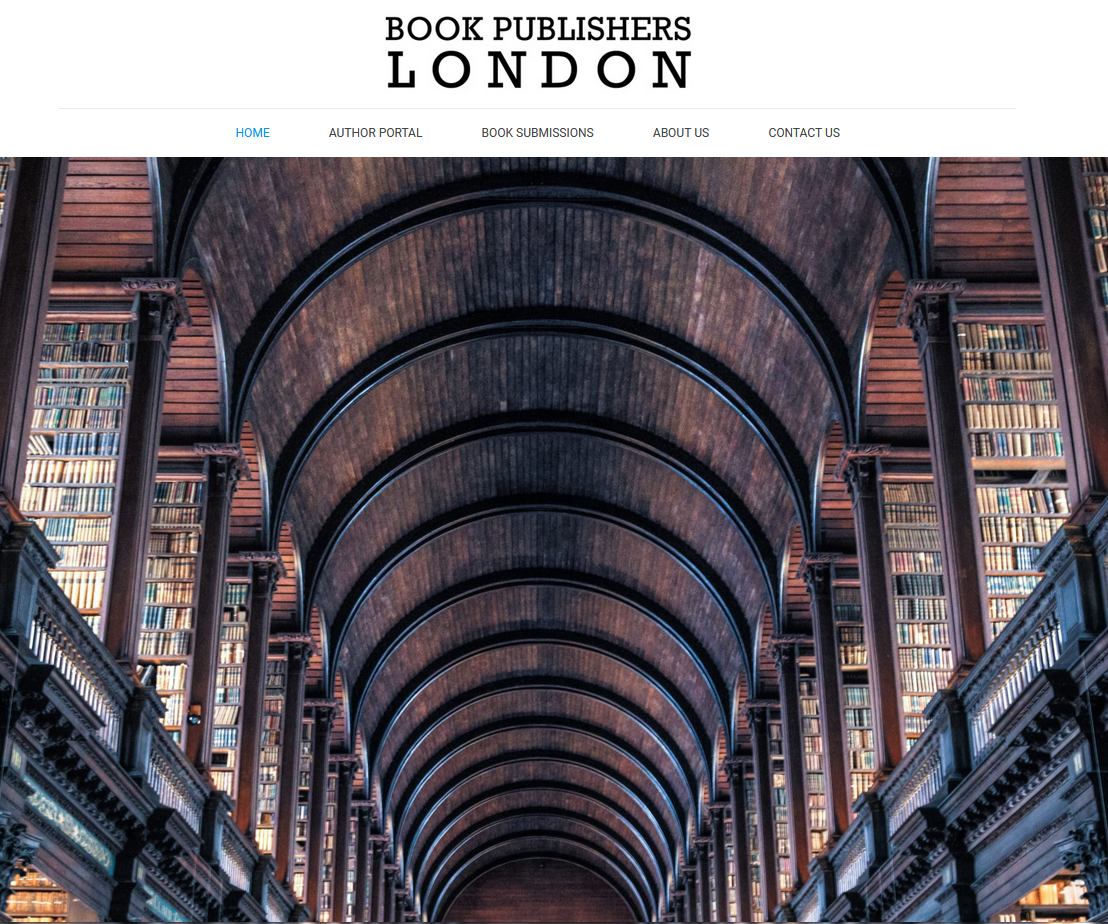 Once again, apart from “Book Publishers London” in place of “J.P. Amstell Book Publishers”, BPL’s extremely wordy site content–which includes serious misinformation about traditional publishing and does not disclose the fees–is identical to that of the previous two. For instance:

This time, though, Mr. Amstell has managed a better job of name replacement. 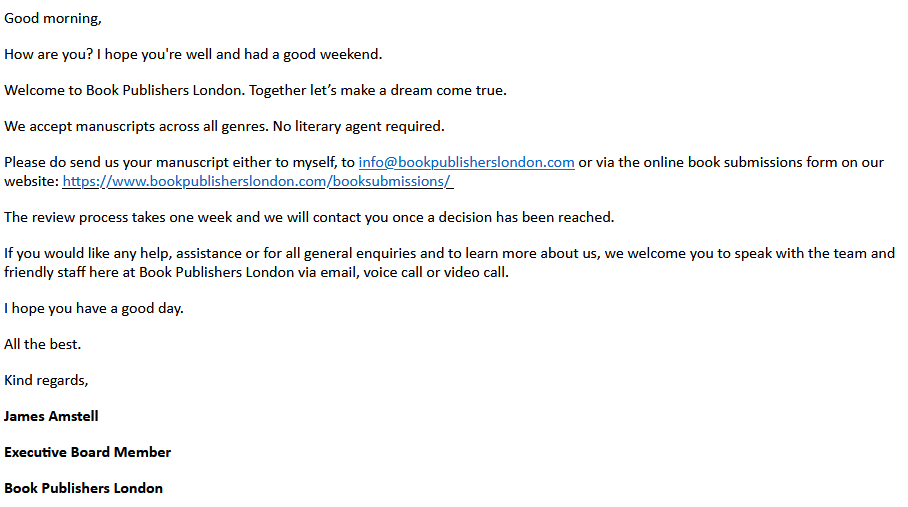 Mr. Amstell doesn’t seem to have actually published any books to date, under any of his company names. Since his first foray into vanity publishing kicked off over a year ago, that does make one wonder. Also, contrary to his claim of maintaining a “staff who previously worked deep inside the traditional system at senior levels with important positions in power throughout the entire traditional world,” Mr. Amstell seems to plan on outsourcing much of the work–judging, at least, by the several author services providers who contacted me after Mr. Amstell sent them identical proposals for book formatting.

More evidence of the interconnection of the three publishers, from Companies House:

Mr. Amstell appears to have been associated with two additional companies, both dissolved. Note the identical birth dates and also the creative deployment of different versions of his name, which (with the exception above) avoids more than one company showing up on a search on any one version.

UPDATE 1/17/21: I’m starting to hear from writers who’ve paid Amstell, under one name or another, and have gotten nothing for their money (including responses to their emails).

UPDATE 7/28/21: Somewhat to my surprise, given the communications problems that have been reported to me and the just general sleaziness of the whole operation, Book Publishers London has managed to issue around 15 books to date.

Not to my surprise, however, the covers are mostly terrible–and, scanning the first couple of pages of several of the offerings, the prevalence of uncorrected typos, formatting errors, and mis-spellings strongly suggests that no meaningful editing or copy editing is being provided for the large amount of money writers pay.

UPDATE 9/13/22: As of this writing, Book Publishers London has gone dark; at least, the website appears to be gone. It’s been alleged that Amstell is once again operating under a new name, but I haven’t been able to connect the dots as yet.