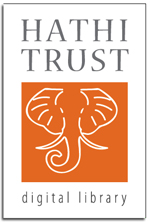 On the heels of several publishers’ secret settlement deal with Google in the long-running Google Books lawsuit, a judge has made a major ruling in another lawsuit over book scanning.

In September 2011, the Authors Guild, two international writers’ groups, and several individual authors filed suit against a number of major US universities, challenging their aggregation of scans of in-copyright books into a repository called HathiTrust. The plaintiffs claimed that the scans–obtained from Google as part of the Google Books project–were unauthorized, because permission to scan had not first been sought from copyright holders. The universities argued that such digitization is fair use under US copyright law.

This is a major decision that has direct bearing on the Google Books lawsuit (although the publishers involved in the lawsuit settled, the Authors Guild is proceeding with litigation), since Google has always argued that its scanning is fair use. One major difference between Google and HathiTrust is that Google is a commercial enterprise, which wants to make money from the books it digitizes, and HathiTrust is not. But Grimmelmann, quoted in PW, feels that may not make a difference.

This is a pretty serious blow to the Authors Guild….The fair use ruling is substantially applicable to Google: yes, Google is commercial, but the transformative use and market harm points stand, and that’s enough for a solid fair use victory. This seems like an appropriate time for the Authors Guild to take stock of the litigation, ask what it’s accomplished for authors, and consider what the consequences of pressing on would be.

For its part, the Authors Guild disagreed “nearly every aspect of the court’s ruling.” In a statement to members, it said:

We’re especially disappointed that the court refused to address the universities’ “orphan works” program, which defendants have repeatedly promised to revive. A year ago, the University of Michigan and other defendants were poised to release their first wave of copyright-protected, digitized books to hundreds of thousands of students and faculty members in several states. The universities had deemed the authors of these books to be unfindable.

Within two days of filing our lawsuit last September, Authors Guild members and staff found that the “orphans” included books that were still in print, books by living authors, books whose rights had been left to educational and charitable institutions in the U.S. and abroad, books represented by literary agents, and books by recently deceased authors whose heirs were easily locatable.

“The so-called orphan works program was quickly shown to be a haphazard mess, prompting Michigan to suspend it,” said Paul Aiken, the Guild’s executive director. “But the temptation to find reasons to release these digitized books clearly remains strong, and the university has consistently pledged to reinstate the orphan works program. The court’s decision leaves authors around the world at risk of having their literary works distributed without legal authority or oversight.”

The Guild says it is discussing its options, and will soon announce what further steps it intends to take.

An observation: My posts on these kinds of subjects get fewer views and comments than almost anything else I write. I know that many of you prefer my funny posts or my scam exposes. But I continue to cover the wonky subjects–because if you’re a writer, they directly affect you. Copyright law and practice is being sweepingly re-shaped by the digital revolution, and by litigation such as the lawsuits discussed above. It’s wise to keep up with the challenges and the changes, so you don’t find yourself blindsided by them.