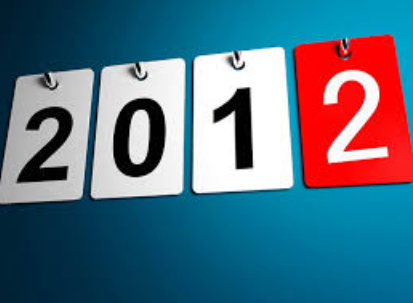 As we begin the new year (Writer Beware’s fifteenth–good heavens!), here’s a look back at some of Writer Beware’s most notable posts and warnings from 2012.

The Delmont-Ross Writing Contest: The Saga of a Fake Literary Competition: The amazing tale of serial conman Mitchell Gross, a.k.a. Mitchell Graham, who created a fake literary competition to promote his debut fantasy trilogy. Gross was later arrested and indicted for bilking several women out of millions of dollars. (See Ann’s followup post, on Gross’s attempt to bribe her into silence.)

Why Poets Should Not Seek Literary Agents: What many poets don’t realize: reputable literary agents rarely represent poets (it’s just not a lucrative enough field) and those who claim to do so are usually either inexpert or fraudulent.(“Literary agents for poets”, or something similar, is one of the most frequent search phrases that brings writers to this blog.)

When a Writing Contest Has a Hidden Agenda:  Some writing contests aren’t really contests at all, but ways for their sponsors to make money on entrants. This post discusses some of these sneaky techniques, from charging high entry fees, to selling merchandise to winners, to using entrants as a database for paid publishing solicitations.

New French Law Seizes Digital Rights: This legislation was ostensibly intended to address the problem of orphan works, but in fact goes much farther: under the law, any book published in France before 2001 can be scanned into a database without authors’ permission, and if authors–who may or may not be notified of their inclusion–don’t opt out within six months, they lose control of the digital display and sale of their work. A really shocking seizure of rights.

Publishing Industry Terms and Contracts: Some Resources, and Some Advice: Confused about publishing industry terminology? Want to learn more about publishing contracts? This post provides a host of helpful online resources, plus some general cautions about small press contracts.

The DOJ’s Ebook Price Fixing Lawsuit Against Apple and the “Agency Five”: An Overview: A discussion of the issues involved in the Department of Justice’s lawsuit against Apple and five major publishers for alleged ebook price fixing, and the possible implications of dismantling the agency pricing system. (At the time I wrote this post, only HarperCollins, Hachette, and Simon & Schuster had agreed to settle with the DOJ; since then, Penguin has also agreed to settle. Macmillan remains the lone holdout.)

The Importance of Reversion Clauses in Book Contracts: Why reversion clauses are important (especially in life-of-copyright contracts) and why they should be precisely formulated, with examples of good contract language.

Two Surveys: Two interesting writer surveys–one of traditionally published authors, the other of self-publishers. There’s some very interesting data here, some of it counter to entrenched ideas about both forms of publishing.

Editing Clauses in Publishing Contracts: How to Protect Yourself: The title of this post says it all. What you don’t want to see in an editing clause, and what a good editing clause should include.

Vetting an Independent Editor: With the growth of self-publishing, more and more writers are turning to independent editors to provide the final professional polish to their work. Problem is, many of the editors who’ve hung out shingles on the Internet are dubiously qualified, or, in some cases, not qualified at all. This post offers advice on how to screen an independent editor for competence and quality.

In Praise of Ripening: I occasionally host guest blog posts, and in my opinion, this is one of the year’s best. Author and educator Marcia Yudkin provides a compelling discussion of the importance of taking the time to learn your craft before diving into the ever-more-accessible world of publishing.

Pearson Buys Author Solutions Inc.: For me, Pearson’s purchase of troubled “self-publishing services” juggernaut Author Solutions Inc. (for a surprisingly small price, considering ASI’s dominant position in the POD-based self-publishing marketplace), and its decision to fold ASI into the Penguin Group, was one of the biggest publishing news items of the year. The question now: will Pearson/Penguin make an effort to clean up ASI’s tarnished reputation, or will it be business as usual (poor customer service, hard-sell marketing to authors, and deceptive advertising)?

Fake Jared and His Friends: A discussion of the numerous misleading advertising and marketing strategies employed by Author Solutions Inc. to promote their services.

Archway Publishing: Simon & Schuster Adds a Self-Publishing Division: Following in the footsteps of Thomas Nelson, Harlequin, and others, S&S has outsourced a pay-to-play publishing division to Author Solutions Inc. While I understand why such divisions are attractive to publishers–they are moneymakers that help support publishers’ bottom lines–I’m very disappointed that S&S chose not just to ally itself with the most hated name in the self-publishing services world, but to make its services eye-poppingly expensive.

Publishers Hate Authors? Really? In which I debunk one of the year’s stupidest HuffPo publishing posts (and that’s saying something).

The Albee Agency: Book Publicity Faked:  In which I expose a PR agency that fabricated author testimonials. (Although even without the testimonial fakery, this would have been an agency to avoid.)

AND THE ONE IMPORTANT STORY I DIDN’T COVER:

Random Penguin:  Penguin Group and Random House merge to create the world’s largest publisher, reducing the “Big Six” to the “Big Four Plus Giant One.”

Guest Blog Post: International Writing Scams and How to Protect Yourself

Global Talk Radio: How to Waste Money and Fail to Influence People