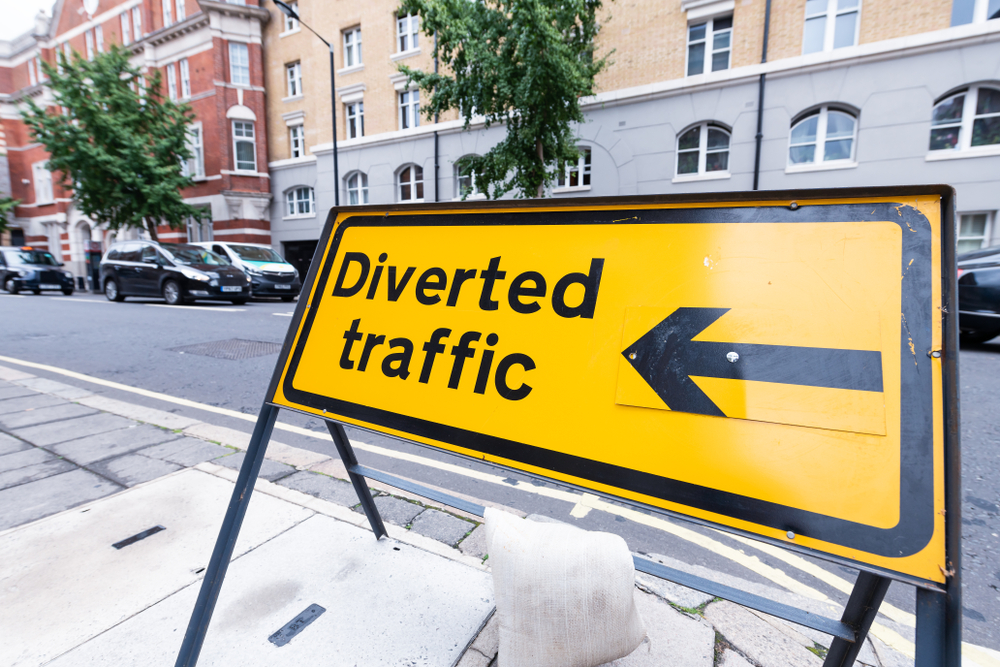 In my first post about the ways that predatory companies attempt to ensnare unwary writers who are searching for publishers, I discussed fake publisher-matching websites. In my second, I exposed the scammy Google ad tactics of vanity publisher Austin Macauley.

In this third post, I’ll talk about an equally insidious practice: providing misinformation or even outright lies about traditional publishing, in order to make self- or vanity publishing appear superior.

Yesterday on Twitter, someone tweeted this chart, which purportedly compares traditional publishing and self-publishing. 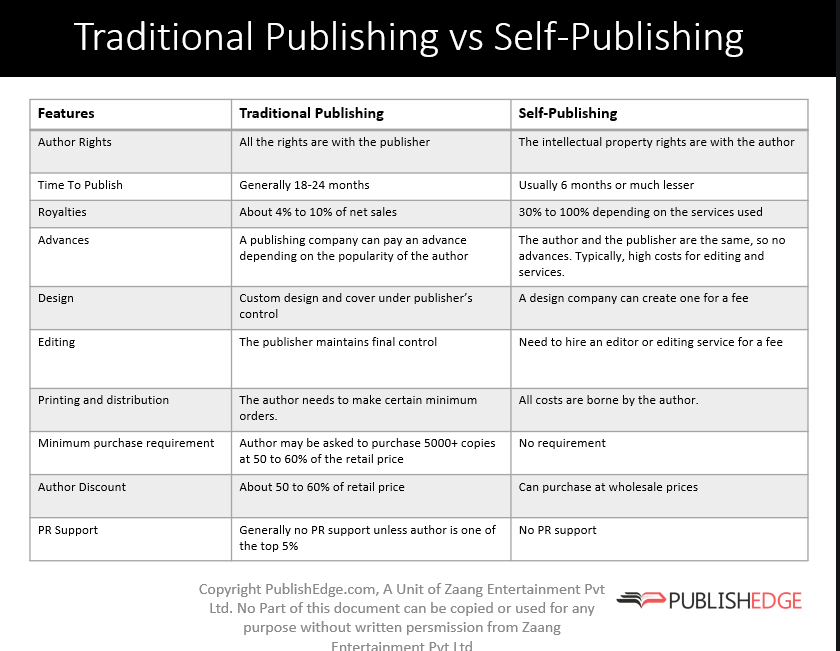 If you’re even slightly savvy about publishing, the inaccuracies are easy to spot. Trad pubs often pay royalties on retail price (not “net sales”), or pay a higher percentage (higher royalties are especially common in the small press world). Trad pubs that pay advances don’t withhold them from less popular authors, and they don’t require authors to make “certain minimum orders” or to buy thousands of copies of their own books. And while it’s often true that smaller traditional publishers don’t provide much in the way of PR or marketing support, and larger houses invest more marketing in more popular books and authors, they don’t simply ignore 95% of their output (this makes no sense; what business markets only 5% of its products?)

As for author rights…trad pubs do license exclusive rights from authors, sometimes for a period of years, sometimes for the life of copyright (with reversion usually happening well before then). But they don’t gain ownership of them (as “all rights are with the publisher” implies), because the author retains copyright–plus, authors can often negotiate to keep some of their subsidiary rights. And although self-publishing is typically non-exclusive, allowing authors to publish on multiple platforms if they wish, they do still have to license publishing and distribution rights to whichever platform or service provider they choose–otherwise, the platform couldn’t legally produce and sell their books.

The chart comes from this how-to-self-publish article, which is really just a long ad for PublishEdge, which is (surprise!) a paid publishing services provider.

PublishEdge is a “division” of Zaang Entertainment Pvt Ltd, which, unlike the Philippines-based scams I’ve been covering so much lately, is based in India. The range of services it sells aren’t priced as high as some of the scammers’, but there are still plenty of warning signs: no information about who is providing the services on offer (so you have no idea who they are or if they’re qualified); no cover or website design samples (so you have no idea what you’d be getting for your money); and this pitch for ghostwriting services, which invites you to “Discover the simple secret to how celebrities and busy professionals get their books published without actually writing”, courtesy of “our book writing experts”, who (judging from the description of the service) basically type up a Skype interview into a chapter book. Most likely these unnamed “experts” are hired on Upwork or Fiverr or a similar jobs site (holy plagiarism scandal, Batman!).

PublishEdge isn’t alone in misrepresenting traditional publishing in order to make itself look more attractive. Among other alternative facts, this chart from Morgan James, a vanity publisher with an author purchase requirement, claims that “many major houses” require authors to buy 5,000 copies or more of their own books (doesn’t that make MJ’s 2,500 purchase requirement seem appealing?), and that trad pubs provide no PR or marketing support for 94% of their books and authors. (Hmmm. Could PublishEdge have borrowed a little something there?)

This one, from “custom” publisher Momosa Publishing (packages start at $5,900), doesn’t tell quite so many fibs, but encourages you to believe that trad pubs cap their royalties at 6%, and don’t market their books to libraries. And then there’s this from Atmosphere Press, another so-called hybrid, which wants to convince writers that a $5,000 publishing fee will save them from the “raw end of the deal” they’d get from a trad pub, “losing not just their royalties but also the rights to their material and to their control over their art.” Not addressed: the likelihood of ever making that $5,000 back.

These are just a few examples; there are many more. If you use the internet as part of your publisher search, you’re very likely to encounter them (in some cases, disseminated by self-styled experts who ought to know better). It’s a great argument for a step that many writers skip: learning about publishing before diving into the quest for publication. As with all aspects of publishing, knowledge is your greatest ally and your best defense: the more you know about the way things really work, the better protected you will be against the disinformation described above.

Final note: I know that many writers have had bad experiences with traditional publishers–I’ve had some myself. Especially in the small press world, many traditional (at least in the sense that they don’t charge fees) publishers engage in nonstandard and author-unfriendly business practices. There’s plenty of discussion of that on this blog. I’m not trying to paint trad pub as perfect, or argue that it’s necessarily a better choice for any given writer.

But deliberate distortions like those described above don’t help anyone, even if you don’t take into account their obvious self-serving agenda. Tarring an entire segment of the publishing market with a broad negative brush–especially where some of the supposed negatives are demonstrably false–is as irresponsible as arguing (as some people still do) that only traditional publishing is a worthwhile path.

Vanity Radio: Why You Should Think Twice Before Paying For an Interview