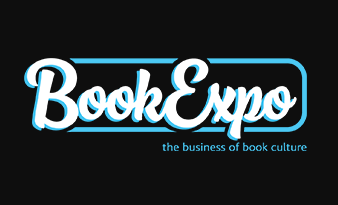 BookExpo (formerly known as BookExpo America, but still referred to as BEA) is the US’s leading publishing industry event. Attended by publishers, agents, booksellers, retailers, librarians, and people and companies from all aspects of the book trade, it’s an opportunity for industry professionals to network, do business, and learn about new trends, titles, and opportunities in the book world.

Although BEA doesn’t happen until May 27 this year, it’s not too soon for industry professionals to begin planning for attendance. It’s also not too soon for authors to start receiving solicitations–by phone and by email–to buy expensive services and packages that supposedly will give their books visibility at the fair.

Here’s what author and editor Jane Friedman has to say about paying to display at BEA. (Jane’s website is an amazingly comprehensive and useful resource on all aspects of writing and publishing; you should definitely bookmark it.)

Aside from the Author Market [a designated area of the exhibit floor where self-published authors can buy display space], there are a handful of opportunities for authors to get visibility for their work at BEA. As far as I’m concerned—as someone who attended this show for 10 years, mainly as an editor with a traditional publishing house—it is not worth the investment. Here’s why.

Nobody is going to notice your book there. Your book is likely to be promoted with many other books, with no way of attracting attention even if someone did pause for a second within 50 feet of your book. Imagine setting a copy of your book down in the world’s largest book fair, and expecting someone to not only notice it, but be entranced by it so much they can ignore 10,000 other things happening at the same time.

If you—the author—are not present to advocate for it, your book doesn’t stand a chance. Services that offer to promote your book at BEA are rarely, if ever, hand-selling or promoting your book in a meaningful way. But they will be happy to cash your check and say that your book had a “presence” at BEA. If you want to satisfy your ego, go ahead. But it’s not going to lead to meaningful sales. (I challenge anyone in the comments to provide evidence that a self-published book gained traction at BEA because the author paid a fee to secure placement—and the author was not present.)

I’ll add a fourth consideration: You will likely be hugely overcharged, especially by companies that sell book fair packages, or re-sell the exhibit services of others.

SOLICITATIONS YOU MAY ENCOUNTER 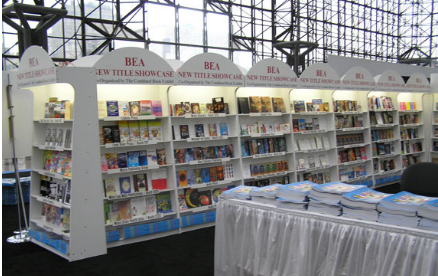 1. You may already have received an email from the Combined Book Exhibit’s New Title Showcase. The CBE, an area of standing bookshelves outside the entrance to the BEA display floor, offers display packages for a few hundred dollars. For a few hundred more, you can buy an ad in its catalog; for many hundreds more, you can buy an autographing session.

Your book will be placed on a shelf with hundreds of others, in no particular order: there are no separate areas for genres, for instance. I’ve attended BEA many times, and the CBE is often completely deserted, with not a customer or a staff person in sight. I’ve never seen more than a handful of people browsing it at any one time. There is definitely no handselling involved.

A number of predatory marketing companies re-sell CBE services for enormous markups. The CBE is aware of this, and has posted a warning on its website (it’s no coincidence that all the companies named in the warning appear on the scam list in the sidebar of this blog).

2. If you’ve chosen an assisted self-publishing company, you may be encouraged to buy presence in their BEA booth.

The Author Solutions imprints sell BEA as part of a package that includes several fairs and costs nearly $3,000. (What do you get for that? Basically, a spot on a shelf, higglety-pigglety in among an unknown number of other books by writers no one has heard of). Xulon Press sells BEA on its own, but with multiple options for spending big bucks, from shelf space only ($599) to a “Boutique High Top Table with 30 Books” ($1,999–do you get to take the table home?).

Outskirts Press re-sells CBE services–for over $150 more than you’d pay if you dealt with CBE directly.

3. Vanity publishers (yes, vanity publishers do attend and display at BEA and other fairs) may offer their authors the “opportunity” for BEA presence–at extra (possibly significantly extra) cost.

Here’s my post about SterlingHouse, a vanity publisher that is now defunct but in its heyday charged its authors as much as $9,500 for BEA display of their books, signings, and other perks. (As Jane indicates above, being present to advocate for your book may make a difference–but $9,500 worth? Even if the author sold all 150 books included in the package, they wouldn’t come close to making that money back.)

Here’s one of the many BEA-related solicitations with which the late, unlamented PublishAmerica bombarded its authors: 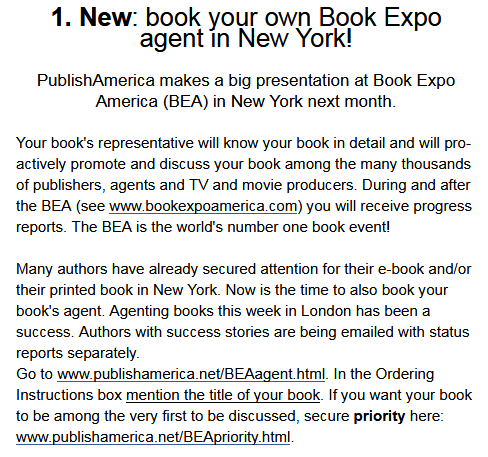 4. Some unscrupulous literary agents sell slots in catalogs or portfolios that they claim to bring to BEA, supposedly to market to publishers.

This sort of thing is far less common than it used to be, thank goodness (there are fewer literary agent scams in general, thanks to self-publishing and the many small presses that deal directly with authors), but it’s still a ripoff. Don’t do it.

5. The most aggressive solicitations–especially by phone–come from unscrupulous or scammy marketing companies.

Services run from the basic–a spot on a shelf in a not-always-very-professional-looking display area (you have to supply the book)–to basic with perks–mostly junk marketing, like press releases, a listing in the company’s proprietary magazine, and a “post fair fulfillment report”–to elaborate packages that include an autographing session.

Prices I’ve seen range from $750 for shelf space only, to mid-four figures for signing packages. For instance, here’s Stonewall Press’s deluxe offering, which doesn’t even include author presence. Note the effort to create faux urgency by pretending that space is limited. 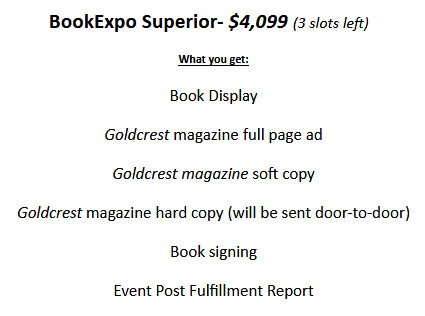 Looking for a bargain? AuthorCentrix is a tad more economical–here are its 2019 BEA packages. The “standard” doesn’t include a badge, which would add around $400 to the total. 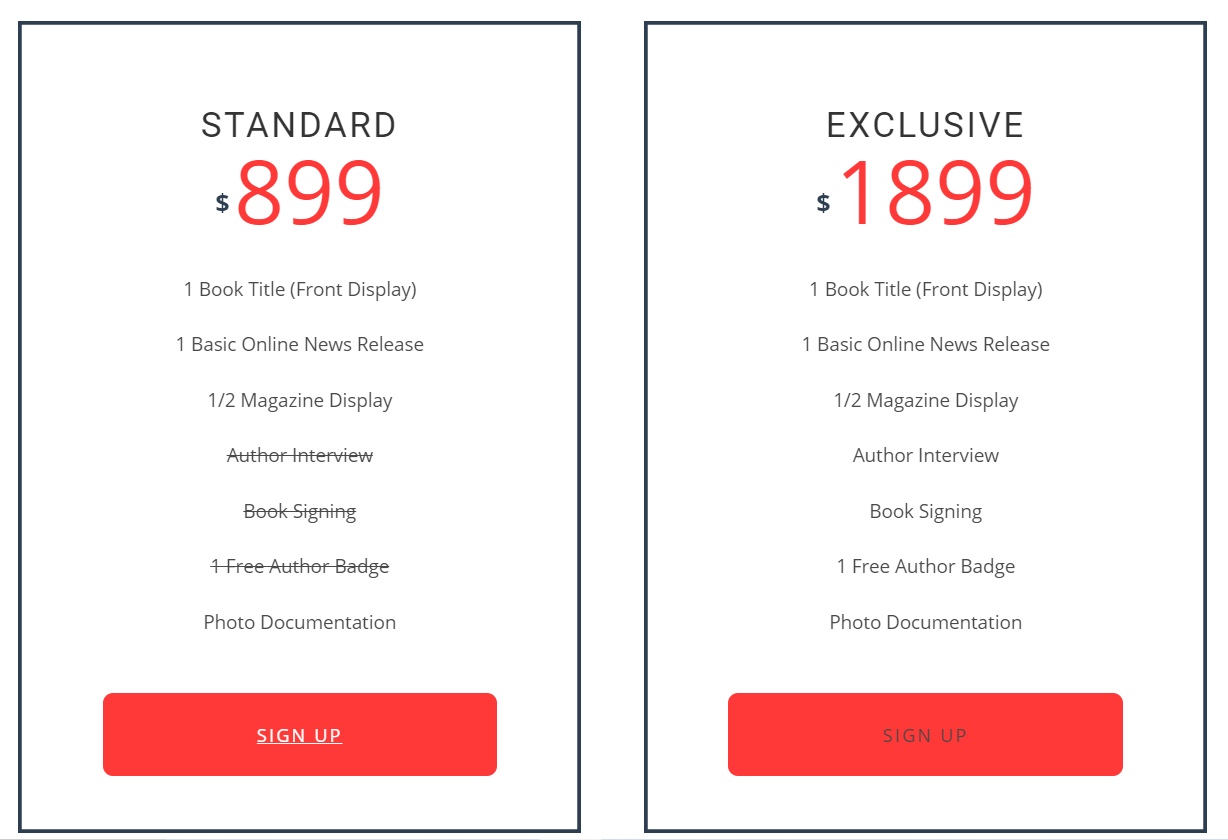 Multiple predatory marketing companies and PR services hawk book fair presence to authors. It’s one of the most common marketing solicitations you’ll receive. Why? Because it’s insanely lucrative–for the predator.

The photo below is last year’s BEA booth for publishing and marketing scammer URLink Print and Media. 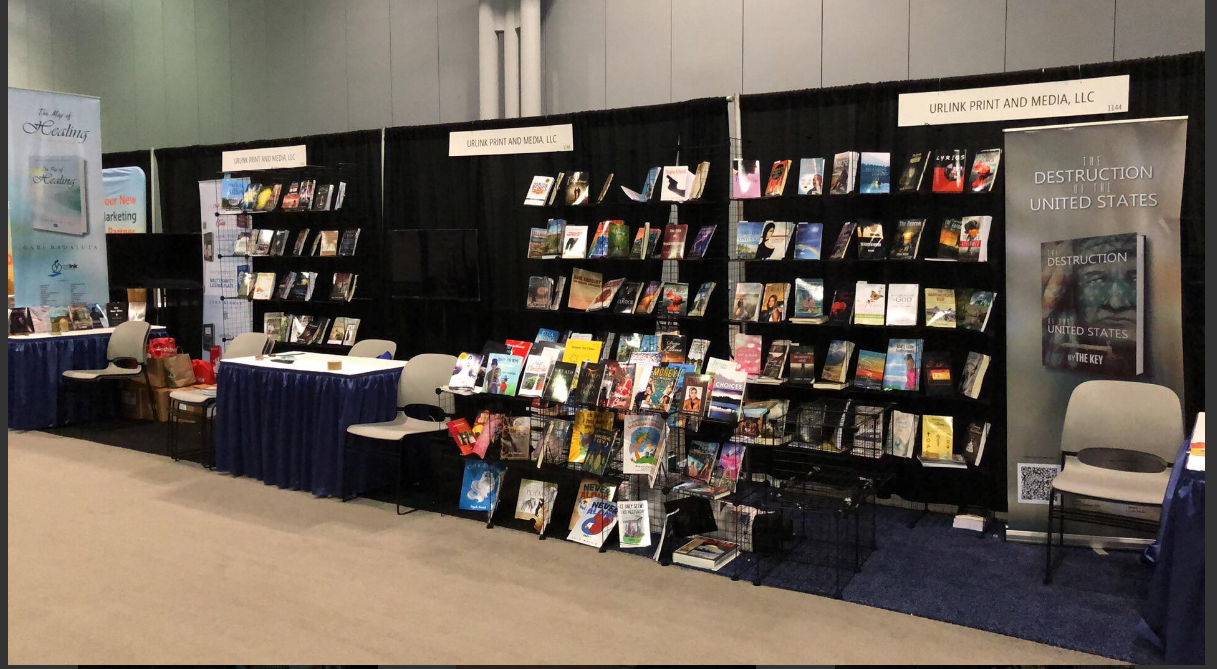 More than 100 books can be counted in this photo. All the authors have paid to be there. URLink also sells ad space in a 50-page catalog, with most of the pages listing eight book per page. Writers have bought the banners shown in the photo, and others have paid to host signings. Still others have bought ads and features in URLink’s fake magazine, Harbinger Post, which sits in piles on a table on the off chance someone picks one up.

The minimum cost for any of these “services” is several hundred dollars, with more elaborate packages running into the mid-four figures (see the examples above). From one book fair, a company like URLink can gross well over $100,000–a considerable profit, even taking into account the cost of booth rental, travel, and badges. Now multiply that by multiple book fairs attended per year.

The Miami Book Fair, which along with BEA is one of the fairs most frequently targeted by marketing scammers, appears to be aware of the exploitation, and provides a warning.

My feeling about book fairs is the same as Jane Friedman’s: book fairs are not the best place for authors to self-promote. If you do decide to attend, do it with the aim of learning and having fun–not getting “discovered”–and don’t pay someone else to take you or your books there. At best, you’ll get little return on your money. At worst, you’ll be ripped off.