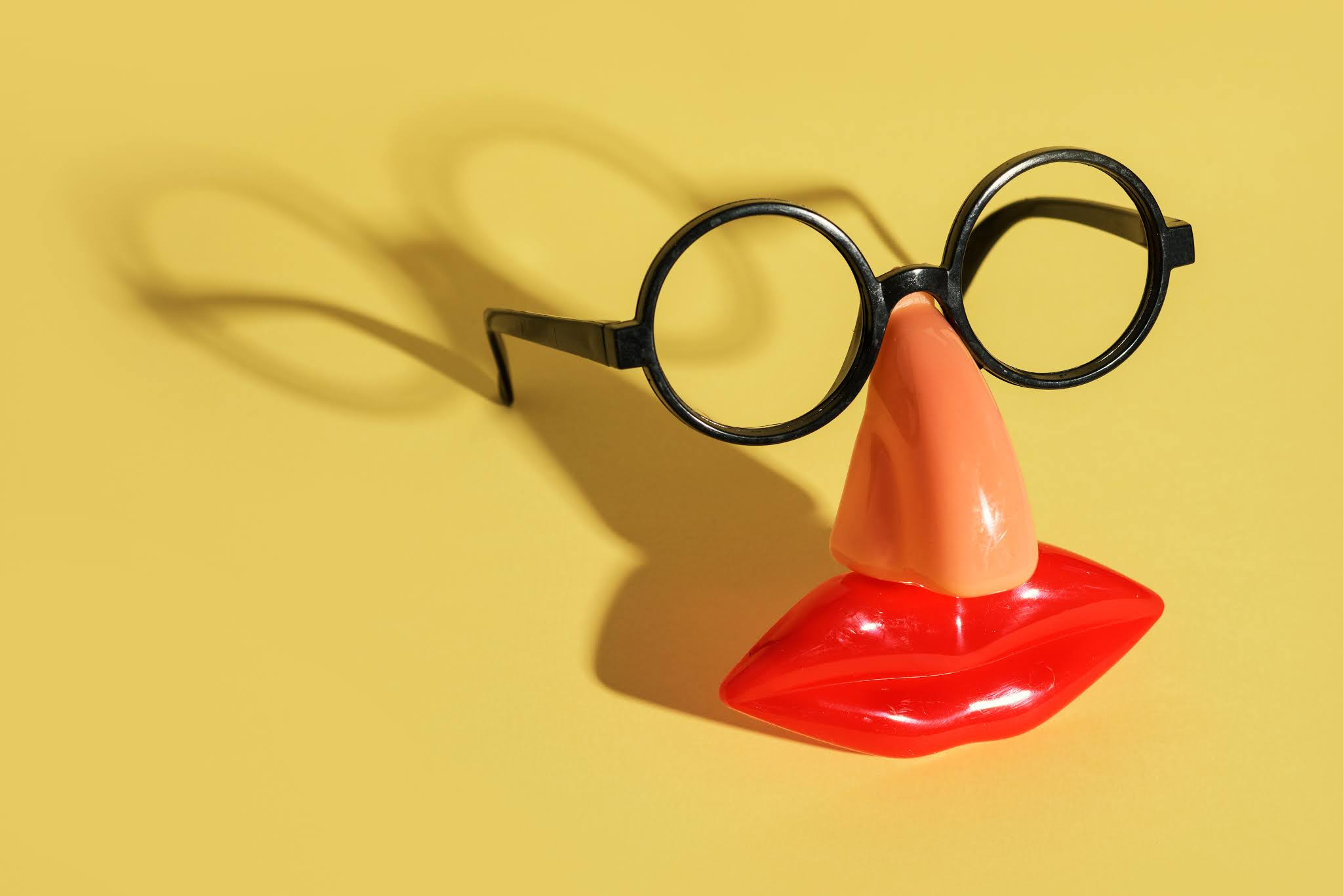 I’ve written about this new “beware” twice already (you can see those posts here and here), but it appears to be a growing problem, so I want to put out a more focused warning.

Scammers–the same Philippines-based Author Solutions copycats that I’ve featured numerous times in this blog (also see the long, long list in the sidebar)–are impersonating reputable literary agents and agencies in order to bamboozle writers into buying worthless “services.” Here are the misused names I’ve documented so far; the scam companies they work for are in parentheses:

– Matt Belford of the Tobias Agency

– Clare Richardson of the Maria B. Campbell Associates (Chapters Media and Distribution)

– Sarah Fuentes of Fletcher and Co

The scammers’ solicitations come out of the blue. Here’s what you might receive: 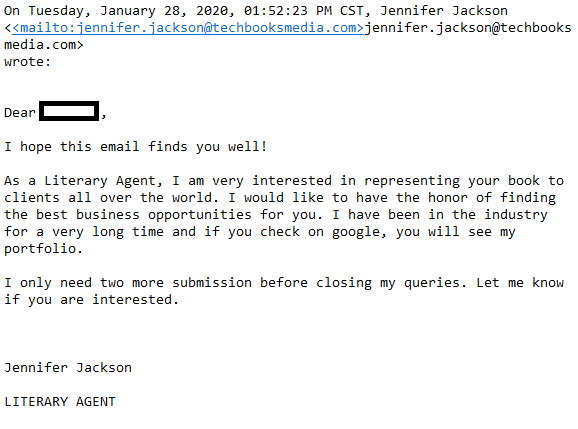 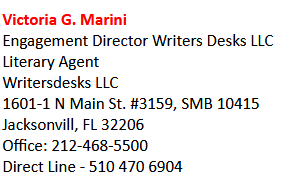 These approaches are followed by opportunities to spend large amounts of cash. For the Jennifer Jackson scammer, it’s a “review” of your book plus “book insurance and returnability” for a total of $1,400. For the Victoria Marini scammer, the video trailer she’s shilling for “promotional” purposes costs $3,000 (an amazing discount!) For the Danielle Burby scammer, it’s “Submissions to Traditional Publishing Companies” by “Book Scouts” for the wallet-squeezing sum of $5,000.

The Jennifer Jackson scammer has also recently started offering something so off the wall that it’s worth another image: 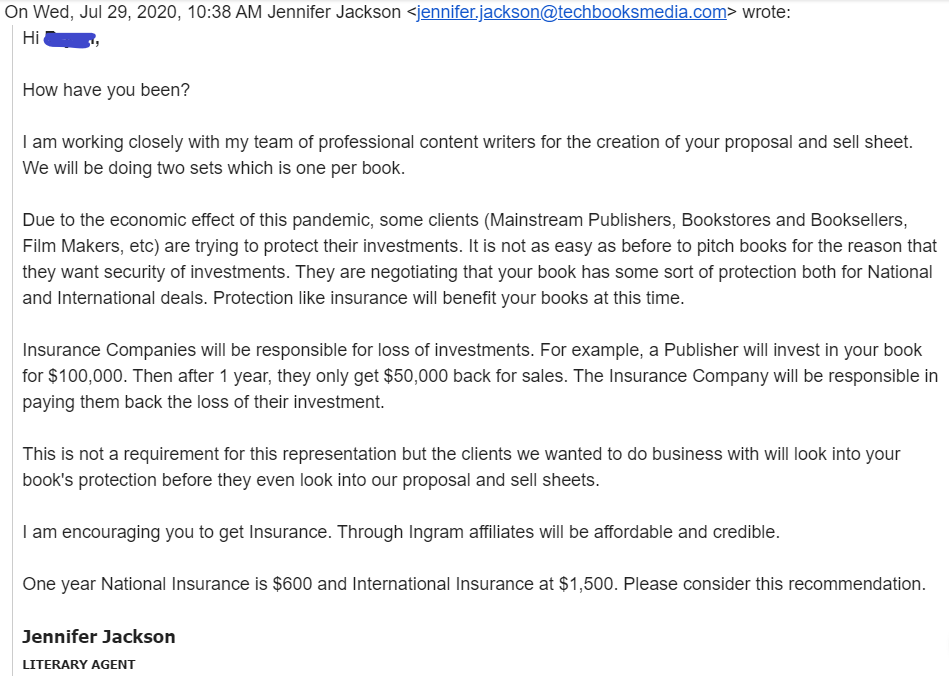 I’ve seen a lot of egregious lies and bullshit from the Philippines-based scammers, but this one–that there is such a thing as publisher insurance and writers need to buy it in order for their work to be considered–really takes the cake. There. Is. No. Such. Thing. (This email also illustrates a growing scammer trend: attempting to capitalize on the pandemic. A number of predatory vanity publishers are doing this too.)

I shouldn’t need to say that reputable literary agents don’t charge fees or sell services as part of (or as a condition of) representing you. It’s also very rare that a reputable literary agent will contact you out of the blue; in the publishing biz, you can never really say never, but the odds that any such contact is legitimate are extremely small.

The poor English in the emails above should be a very large clue as well.

Even though I’ve only identified four iterations of this scam so far, I don’t doubt that there are others. Writers, please, PLEASE be on your guard. If it seems too good to be true, it probably is. And if you encounter a scam like this, please contact me, so I can add it to my list.

Some basic tips for protecting yourself:

1. Proceed from a point of skepticism. As noted above, an unsolicited contact from a real, reputable agent isn’t automatically suspect, but it’s rare. Out-of-the-blue contacts are far more likely to be illegitimate. Caution is definitely in order.

2. Mistrust–and verify. Google all the individuals and/or companies that are mentioned to see what information you can find (are there complaints? Have they shown up on this blog?) If someone claims to work for an agency, visit the agency’s website to see if that person is mentioned–and be suspicious if they aren’t. If an individual or company claims to have placed books with reputable publishers, or to have sold film or other subsidiary rights, see if you can verify the claim–and if you can’t, or if there are no checkable details (such as names or book titles) attached to the claim, be wary.

3. Use your common sense. Anyone can make an occasional typo, but professionals communicate professionally (no reputable agent would send out language-challenged emails like the ones above). Check the email address and any links–do they match the person or company claiming to be contacting you? (For the Jennifer Jackson and Victoria Marini scammers, the mismatch between their email addresses and their claimed agencies is an important clue. Unfortunately, the Justin Smith/Nelson Agency scammer is a bit savvier; the address he’s using is fake, but it looks legit if you don’t know otherwise.) If there’s a demand for money, or if there’s a service for sale, be sure it’s a company that customarily charges such fees or offers such services (reputable agents generally don’t).

4. Contact Writer Beware. Always a good default if you aren’t sure about an individual or company. We may have heard something, or received complaints, and if we have, we’ll let you know.

Finally, I want to note that, while writers are the scammers’ principal targets, the agents and agencies are also victims. These scams are a form of identity theft, tying the agents’ names and reputations to dishonest and predatory practices that they are then forced to disclaim. Everybody loses–except the scammer, of course.

Hopefully, with increased awareness, we can make it more likely that the scammers will be losers, too.

UPDATE 8/20/20: Here’s the payment request that “Jennifer Jackson” sends out to prospective victims. Note that “she” requests a wire transfer–preferred by the scammers over credit cards or PayPal, where payments can be reversed via a dispute: 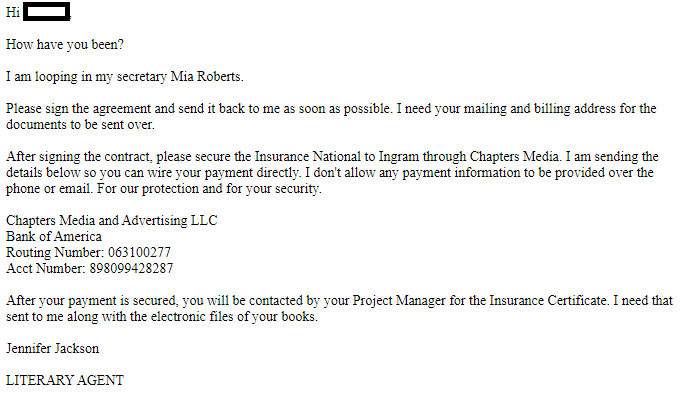 Chapters Media and Advertising is run by the same people who run TechBooks Media (the scam company “Jennifer” is shilling for). Chapters has business registrations in several states, including Wyoming and Florida–though not in Nevada, where it purports to be located. It’s registered as a “foreign LLC”, and guess where officer Mark Rosario lives: 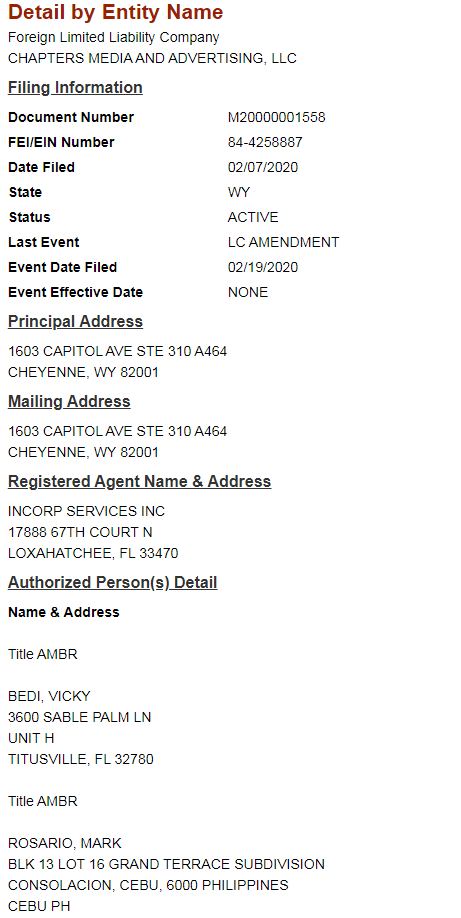 UPDATE 9/25/20: Matt Belford of the Tobias Agency is the latest to have his name appropriated by scammers. 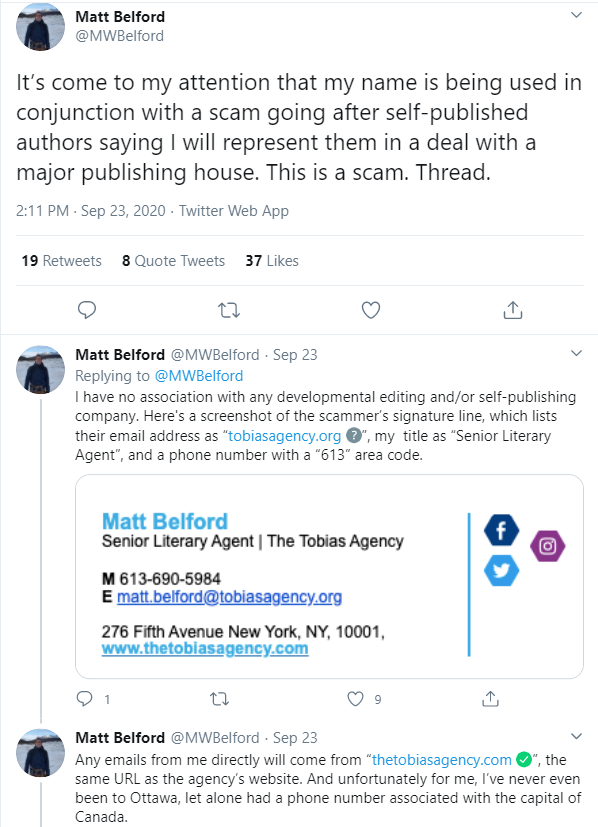 UPDATE 10/17/20: Chapters Media is impersonating another reputable agent: Clare Richardson of Maria B. Campbell Associates. Here’s one of its solicitations:

As with the Jennifer Jackson impersonation, writers who respond are referred to “secretary” Mia Roberts for a “social media campaign”, and asked to send the four-figure fee via wire transfer to Bank of America. The writers I’ve heard from report that the so-called campaign amounts to little more than some stuff on Facebook plus a bunch of unverifiable promises.